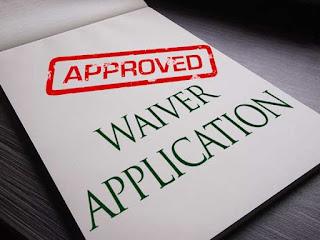 According to Moses Apsan, Esq., past president for the Federal Bar Association for the New Jersey chapter, practicing in the field of U.S. immigration laws for the past 35 years, “there is a waiver called a Provisional Unlawful Presence Waiver (I-601A) that has helped thousands of families since it was created in March 4, 2013.”

As Attorney Apsan explains, “You can get legal status if you entered Illegally and married a U.S. Citizen or a Green Card Holder or you are the son or daughter of a lawful permanent resident, even, in some cases, if you were ordered deported.”

In March of 2013, a new provisional illegal presence waiver (I-601A) was approved by executive order. The primary difference between the old 601 waiver and the new 601A waiver is that the application can be made while the undocumented immigrant remains in the U.S.

The waiver procedure now permits eligible people to apply for a provisional unlawful presence waiver while they remain in the U.S. and before they travel for immigrant visa interview overseas

According to Moses Apsan, “once the waiver is approved and an interview is scheduled, you can be on your way back to the U.S. in as little as 3 weeks. Approximately 30 days later they arrive, the Green Card (legal residency status document), is received in the mail. The nightmare of being separated, is no longer a threat.”

Posted by LEGiTiGO at 8:02 PM No comments: 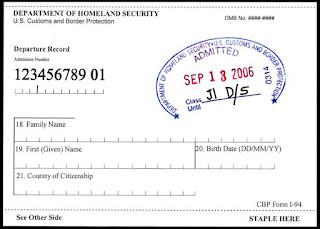 The Arrival and Departure Record is the I-94, in either paper or electronic format, issued by a Customs and Border Protection (CBP) Officer to foreign visitors entering the United States. After April 30, 2013, most Arrival and /or Departure records will be created electronically upon arrival. Instead of a paper form, the visitor will be provided with an annotated stamp in the foreign passport.  If provided a paper form, the admitting CBP Officer generally attaches the I-94 to the visitor's passport and stamps the departure date on the form.

In both circumstances, an electronic I-94 or paper I-94, the visitor must exit the U.S. on or before that date stamped on the form or in the passport.

If a visitor departs by a commercial air or sea carrier (airlines or cruise ships), their departure from the U.S. can be independently verified and it is not necessary to take any further action, although holding on to the outbound (from the U.S.) boarding pass - if they still have it - can help facilitate reentry when coming back to the United States.

If a visitor departs by land and has a paper form I-94, the I-94 must be turned in to a CBP Officer at a land border when exiting the U.S. on or before the date stamped on the form. The visitor may retain the I-94 and use it for multiple entries through the duration of the period of admission indicated on the form.

However, if it is not turned in to a CBP Officer at the land border by the end of the admission period, the visitor will be considered an "overstay" and they may be denied entry when they attempt to reenter the United States in the future. 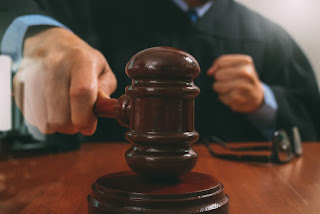 This month will mark the one-year anniversary of President Trump’s announcement ending the Deferred Action for Childhood Arrivals (DACA) initiative. Yet, defenders and recipients of DACA are celebrating a decision that came late last week, in which several states attempting to end the initiative were hit with a major setback.

U.S. Judge Andrew Hanen of the Southern District of Texas ruled that individuals with DACA can continue to renew their status. The ruling came as a surprise given Hanen’s previous 2014 ruling that halted other Obama-era executive actions on immigration.

President Trump announced that his administration would phase out and permanently end DACA in September 2017 and no renewals would be accepted after March 5, 2018. As a result, multiple lawsuits were filed seeking to stop DACA’s termination. Those lawsuits were initially successful, with three different federal judges ordering the Trump administration to continue to accept DACA renewal applications.

But while these cases were ongoing, Texas and nine other states filed a lawsuit before Hanen challenging the constitutionality of DACA itself. This lawsuit attempted to end DACA and sought an injunction ending any further processing of renewals.

In last week’s ruling, Hanen rejected Texas and the other states’ request to temporarily halt DACA renewals. In a detailed 117-page opinion, the judge overwhelmingly agreed with the states’ argument that DACA was created unlawfully and should be struck down. He even said the states will likely succeed in the courts over time. However, Hanen said he would not issue an injunction.

Hanen reasoned that the states had waited too long to file this challenge. The judge also found that halting renewals would cause immediate harm to DACA recipients. As Hanen explained, 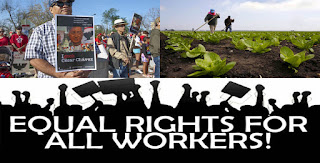 Labor Day, the first Monday in September, is a creation of the labor movement and is dedicated to the social and economic achievements of American workers. It constitutes a yearly national tribute to the contributions that workers have made to the strength, prosperity, and well-being of our country. Through the years, the nation has given increasing emphasis to Labor Day. As celebrations are set to begin in a few weeks, the holiday offers an opportune moment to reflect on the very concept of American Workers. After all, should Labor Day celebrations pay tribute to immigrant workers? Who is an American worker? Where do immigrants, who contribute their talents and labor to the production of goods and services in the United States, fit into the picture?

The United States has used immigration to help fill labor supply needs, enabling the country to remain the world’s economic superpower. It has been said that the United States’ most precious periods coincide with the waves of immigration and immigrant workers, whom continue to be a key component of the U.S. economy. Sixteen percent of the country’s workforce is comprised of foreign-born workers. The U.S. economy benefits from the valuable skills and talents provided by foreign-born, highly-skilled scientists, engineers, and medical doctors. Moreover, our society and economy also relies on the employment of immigrants of different skill levels for a variety of industries, many of which experience labor shortages. Key industries include agriculture, food processing, construction, or eldercare.

There were a reported 23.1 million foreign-born persons in the American civilian labor force, constituting 16.4 percent of total American workers. Moreover, this number grows exponentially every single year. Back in 1970, immigrant workers only comprised five percent of the American workforce. Perhaps the most important aspect of the study that was conducted using the 2010 Current Population Survey (CPS), Census data, and the American Community Survey (ACS), is that these numbers were comprised using data that includes natural citizens, legal permanent residents, temporary migrants (including H-1B workers and students), refugees, asylum seekers, and an estimation of unauthorized immigrants. Although the numbers of immigrant workers has increased, as well as their percentage of the workforce, the immigrant share of the labor force has taken a dip to 42 percent from 2005-2017. In previous years, the percentage was 68 percent.