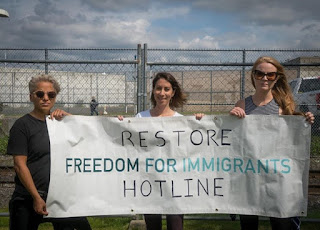 The final season of Netflix’s Orange Is the New Black highlighted the country’s current immigration detention issue and told the stories of character’s in detainment, fighting to be reunited with their children, and the real-life retaliation that detainees in detention centers undergo.

During one of the episodes of the season, OITNB’s Maritza can be seen helping other migrant detainees by sharing a hotline that helps immigrants with legal aid. The hotline, which is run by California organization Freedom for Immigrants, is real and almost exactly a month after the premiere, the hotline was shut down.

In that same episode, another OITNB character tells Martiza about the hotline, “You have to be careful, though. Apparently, if they figure out that you’re using the hotline, Big Brother shuts it down.”

Now, the Los Angeles Times reports that Immigration and Customs Enforcement (ICE) “shut down the real hotline for detained immigrants run by the California group Freedom for Immigrants less than two weeks after it was prominently featured on the show.”

Freedom for Immigrants has been running the free hotline since 2013, as well as visitation programs in detention centers across the U.S. They responded to the shut down with a cease-and-desist letter stating that it’s a violation of free speech and an act of retaliation by the government.

Seven actors and producers from the show, including Diane Guerrero and Laura Gómez, along with 121 organizations including the ACLU signed a letter of support to acting ICE Director Matthew
Albence, demanding that the line be restored.

“Even a freely given benefit such as the pro bono hotline can’t be taken away simply because the government is now unhappy with how we are sharing with the public what we know from our communications with people inside,” Christina Fialho, co-executive director of Freedom for Immigrants, told the L.A. Times. 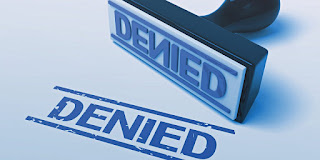 Legal immigration channels to the United States are continuing to suffer under the Trump administration. These restrictions are having an effect on employment-based immigration—particularly petitions for temporary foreign workers.

American businesses file such petitions in order to hire and retain foreign-born workers who make vital contributions to companies, industries, and the U.S. economy.

Yet U.S. Citizenship and Immigration Services (USCIS) is denying and scrutinizing some of the most relied-upon petitions at a higher rate than in the past. USCIS data through June 2019 show a clear uptick in denials and requests for evidence (RFEs) for H-1B and L-1 petitions.

In the first three quarters of the current fiscal year (ending October 1), USCIS denied 16.1% of initial H-1B petitions. That denial rate is nearly four times higher than it was in FY 2015. The denial rate has experienced a steady increase each year since FY 2015.

USCIS denied 28% of initial L-1 petitions in the first three quarters of FY 2019. That denial rate is significantly higher than what it was in the past four fiscal years.

USCIS also is issuing more RFEs, essentially asking for additional documents to confirm the validity of the application. While seeking additional evidence may seem minor, in practice RFEs may add months to an already arduous process that can hinder an employer’s ability to plan and meet business needs.
Posted by LEGiTiGO at 9:02 PM No comments: 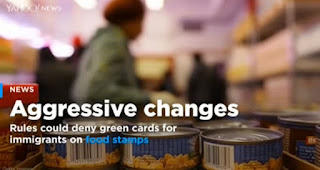 US says will deny citizenship to immigrants who use public benefits

The administration of US President Donald Trump announced Monday new rules that aim to deny permanent residency and citizenship to migrants who receive food stamps, Medicaid and other public welfare.

The new rules threatened to set back the citizenship hopes of millions of mostly Hispanic migrants who work for low wages and depend in part on public services to get by.

It also appeared to close the door for impoverished and low-skilled migrants outside the country hoping to legally obtain a foothold in the United States.

Announcing a new definition of the longstanding "public charge" law, the White House said migrants will be blocked from entering the country if they are likely to need public assistance.
In addition, those already here and using public services will not be able to obtain green cards or US citizenship.

"To protect benefits for American citizens, immigrants must be financially self-sufficient," Trump said in a White House statement.

"Large numbers of non-citizens and their families have taken advantage of our generous public benefits, limited resources that could otherwise go to vulnerable Americans," the statement said. 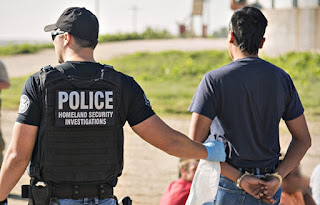 US Citizens Caught in Immigration Dragnet As Enforcement Gets More Aggressive

There is a disturbing trend in aggressive immigration enforcement that is appearing more and more recently: the detention of  U.S. citizens. There are clear indications that U.S. immigration agents are locking up people they assume must be non-citizens, but who are in fact U.S. citizens.

These abuses transcend any presidential administration. But there are indications that the Trump administration has been particularly aggressive in detaining and then challenging U.S.-born individuals about their citizenship status. According to a report released in July that analyzes ICE enforcement data obtained under the Freedom of Information Act (FOIA), there has been a striking increase in the number of U.S. citizens “encountered” by ICE during the Trump years.

This trend suggests that some U.S. citizens who may “appear deportable” in the eyes of some U.S. Immigration and Customs Enforcement (ICE) officers have become increasingly vulnerable to immigration enforcement in recent years. 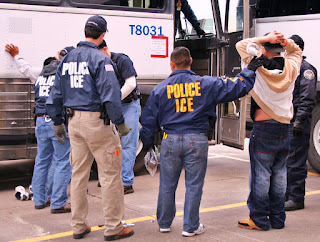 Posted by LEGiTiGO at 5:44 PM No comments: