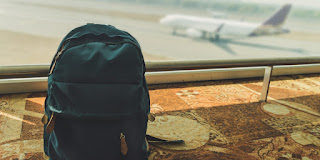 Student’s Deportation Shows a Pattern of US Government Targeting Iranians

Iranian students coming to the United States are being stopped at airports, having their visas revoked, and are being deported. Advocates warn this trend is emerging less than a month after hundreds of Iranian Americans were stopped and interrogated at a port of entry between Washington State and Vancouver, Canada.


Shahab Dehghani, an Iranian student studying economics at Northeastern University, was detained at Boston Logan International Airport on Monday. He had previously studied in the United States for two years and was returning for the new year with a new student visa issued last week.


After hours in the custody of Customs and Border Protection (CBP), Dehghani was deported. The 24-year-old was removed even though a federal judge had ordered the deportation to be temporarily blocked.


Advocates argue that CBP defied the judge’s order, issued late Monday night. Although the exact timeline is still in dispute, one of Dehghani’s lawyers indicated that the plane he was on did not depart until more than 30 minutes after the order came down.

Posted by LEGiTiGO at 7:04 PM No comments: 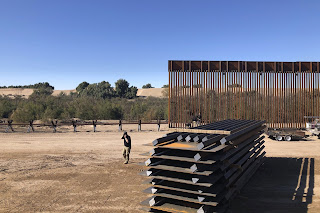 Illegal crossings plunge as US extends policy across border

Adolfo Cardenas smiles faintly at the memory of traveling with his 14-year-old son from Honduras to the U.S.-Mexico border in only nine days, riding buses and paying a smuggler $6,000 to ensure passage through highway checkpoints.

Father and son walked about 10 minutes in Arizona's stifling June heat before surrendering to border agents. Instead of being released with paperwork to appear in immigration court in Dallas, where Cardenas hopes to live with a cousin, they were bused more than an hour to wait in the Mexican border city of Mexicali.

“It was a surprise. I never imagined this would happen," Cardenas, 39, said while waiting at a Mexicali migrant shelter for his fifth court appearance in San Diego, on Jan. 24.

Illegal crossings plummeted across the border after the Trump administration made more asylum-seekers wait in Mexico for hearings in U.S. court. The drop has been most striking on the western Arizona border, a pancake-flat desert with a vast canal system from the Colorado River that turns bone-dry soil into fields of melons and wheat and orchards of dates and lemons.

Arrests in the Border Patrol's Yuma sector nearly hit 14,000 in May, when the policy to make asylum-seekers wait in Mexico took effect there. By October, they fell 94%, to less than 800, and have stayed there since, making Yuma the second-slowest of the agency's nine sectors on the Mexican border, just ahead of the perennially quiet Big Bend sector in Texas.

Illegal crossings in western Arizona have swung sharply before, and there are several reasons for the recent drop. But Anthony Porvaznik, chief of the Border Patrol's Yuma sector, said the so-called Migration Protection Protocols have been a huge deterrent, based on agents' interviews with people arrested.

Posted by LEGiTiGO at 5:54 PM No comments: 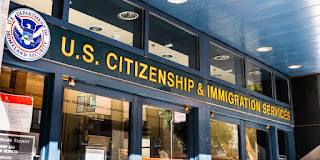 U.S. Citizenship and Immigration Services’ (USCIS) recent proposal to increase most of their fees has been met with strong opposition. The proposal drew widespread attention, garnering nearly 10,000 comments.

The agency claims the new fees will help reduce the growing application backlog. Yet the agency offers no solution as to how that will be achieved. Instead, the proposed rule may create unnecessary financial barriers to many of USCIS’ services.

Here are ways the recently proposed rule could hurt both USCIS and their customers if it becomes finalized:

1. Increased Fees for Decreased Services
The quality of USCIS’ services has decreased over the years. It takes longer to process cases, adjudications have slowed, and access to case information assistance has decreased.
Yet the proposed rule does not address how the agency’s own policies contributed to the decline in quality services. Instead, it places the burden on customers to pay for inefficiencies with higher fees.

2. Unnecessary Financial Barriers
USCIS’ increased fees could price many people out of accessing the legal immigration system.
The cost of a naturalization application would rise to over $1,000 for the first time in history, an 80% increase. Many people, including citizenship applicants, would be prohibited from applying for a fee waiver.

The new rule would also impose a $50 fee for affirmative asylum applications—when no fee has ever been charged before. The fee could be insurmountable to many who had just fled their countries.

3. Failure to Properly Assess USCIS Policies
The agency claims they are assessing how changes to their policies have driven the increase in costs. Yet nowhere in the proposed rule does USCIS outline what those policy changes were or how they have contributed to the need for increased fees.

The proposal only makes vague references to the “growing complexity of the case adjudication process” and “increased background investigations” of applicants. It does not, however, say how the agency’s policies shifted to accommodate those changes.

By not taking clear stock of their own internal changes and affected costs, USCIS keeps their customers in the dark about how their money is used. It’s also shortsighted of the agency to not take their own policy shifts into account.

Posted by LEGiTiGO at 8:27 PM No comments: 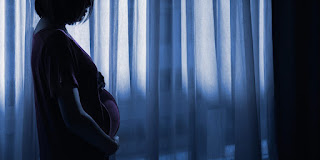 The rate at which U.S. Immigration and Customs Enforcement (ICE) detained pregnant women increased 52% during the first two years of the Trump administration, according to a Government Accountability Office (GAO) report released last week. 2,098 pregnant women were detained by ICE in 2018, compared to 1,380 in 2016.

The increase aligns with a December 2017 ICE policy change, ending a presumption of release for pregnant women. Instead, they are now subjected to the same case-by-case custody determinations applied to the general detained population. The change was publicly announced in March 2018, four months after it had gone into effect.

Previously, ICE’s policy was to release any pregnant women not legally subject to mandatory detention, absent “extraordinary circumstances.” This policy understood that the health of a pregnant woman and her pregnancy could not be appropriately cared for in a detained setting.

Unofficial policies shifted at some ICE detention centers, even before the official change.

Higher numbers of pregnant women arriving to the United States were detained by ICE at the South Texas Family Residential Center in Dilley, Texas. Before then, they were almost always released from the border and permitted to fight their immigration cases outside a detention center.

Posted by LEGiTiGO at 5:52 PM No comments: