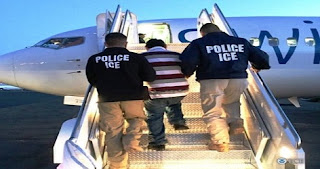 The reports, which ICE began publishing in October, detail examples of enforcement actions made as a direct result of  the cooperation agreements between state and local law enforcement partners and the federal agency. 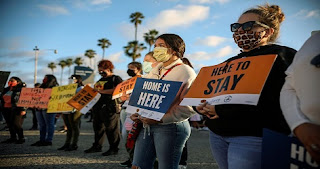 Last month, the U.S. Supreme Court ruled that the Trump administration’s first attempt to terminate Deferred Action for Childhood Arrivals (DACA), in September 2017, was unlawful. Today, 25 days after the decision, the Supreme Court will certify its judgement in the case, and—under the law—the U.S. Department of Homeland Security (DHS) will have an unambiguous obligation to fully reinstate DACA. As a result, not only must the agency continue processing renewal applications by those who currently hold DACA, but it must also reopen the application process to more than 300,000 new applicants who are eligible under the terms of the program, including 55,500 of the youngest DACA-eligible individuals who have aged into eligibility over the past three years and will now be able to apply for the first time.

Notwithstanding the Supreme Court’s decision to vacate the administration’s 2017 DACA rescission memorandum, U.S. Citizenship and Immigration Services (USCIS) has taken no public steps to restore DACA to the way it operated pre-rescission. Rather, the agency has been silent—with exception of a post-decision statement that opened by questioning the legitimacy of the Supreme Court itself. As of the date of publication, the Trump administration is in open defiance of the law.

More than 825,000 immigrants have benefited from DACA’s protections

Posted by LEGiTiGO at 7:00 PM No comments: 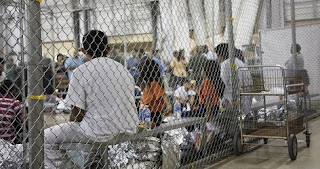 Immigrant children who arrive in the United States without a parent are placed in shelters or foster care while their guardianship and immigration process play out. But all too often, U.S. Immigration and Customs Enforcement (ICE) takes them away as soon as they turn 18 and locks them in an adult detention facility. However, a federal court just ruled that ICE has been systemically failing to follow the law by transferring thousands of teenagers to their facilities.

In the court’s July 2 ruling in Garcia Ramirez, et. al. v. ICE, Judge Rudolph Contreras of the U.S. District Court for the District of Columbia criticized the agency’s lack of oversight and appropriate legal training, which lead to highly localized practices. The Court also criticized ICE for using misleading technology that never recommends release and doctoring documentation purportedly used to show compliance with the statute.

Under the laws governing unaccompanied immigrant children, ICE must consider the “least restrictive setting” for children who turn 18 and can no longer stay in shelters for children, which are run by the Office of Refugee Resettlement (ORR). The statute requires ICE to consider a placement other than detention, such as releasing the teens to live with a family member or friend or placing the child in a group home or shelter.

The case was filed on behalf of Wilmer Garcia Ramirez who left Guatemala alone when he was 17 years old. Wilmer was initially placed in a shelter for unaccompanied immigrant children and was transferred to an immigration detention center on his eighteenth birthday in handcuffs.

Posted by LEGiTiGO at 5:40 PM No comments: 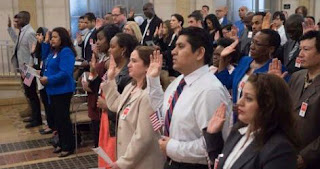 Why Don’t Immigrants Apply for Citizenship?


Thousands of immigrants celebrated Independence Day this weekend by becoming U.S. citizens at naturalization ceremonies across the country. However, there are also millions of immigrants who want to become citizens of the United States but cannot just “apply for citizenship” because of our nation’s outdated immigration laws.

Many people wonder why all immigrants do not just come to the United States legally or simply apply for citizenship while living here without authorization. These suggestions miss the point: There is no line available for current unauthorized immigrants and the “regular channels” are largely not available to prospective immigrants who end up entering the country through unauthorized channels. Even though most unauthorized immigrants have lived in the United States for nearly 15 years, many could live out the rest of their lives without any opportunity to become legal residents of this country.

No “line” is available for the vast majority of unauthorized immigrants.

Immigration to the United States on a temporary or permanent basis is generally limited to three different routes: employment, family reunification, or humanitarian protection.  Each of these possibilities is highly regulated and subject to numerical limitations and eligibility requirements. As a result, most unauthorized immigrants do not have the necessary family or employment relationships and often cannot access humanitarian protection, such as refugee or asylum status. This means that no matter how long they have been in the United States, most unauthorized immigrants have no path to legal status. Even those who pay taxes, work hard, and contribute to their communities, have no way to "get in line" unless Congress were to create a new path to legal status.