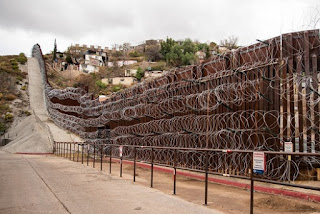 Speaking from the Rose Garden on Friday, President Trump invoked the National Emergency Act after Congress refused to provide full funding for additions to the U.S.-Mexico border wall. By declaring a national emergency, the president could potentially bypass Congress and pull from Department of Defense military construction funds to build new wall. As the president predicted in his Friday speech, it took less than 24 hours for the first lawsuit against the national emergency declaration to be filed.

The first lawsuit came just hours later from the organization Public Citizen on behalf of three landowners and an environmental nonprofit. The landowners argue that the Trump administration will use new money obtained through the emergency declaration to build a wall through their property.

The Public Citizen lawsuit argues Trump’s actions did not have any legal basis and violate the basic separation of powers required by the Constitution. They also argue that Trump’s decision violates the Appropriations Clause of the Constitution, which bars the government from spending money that was not appropriated by Congress. Because Congress specifically limited wall construction in the budget deal, the organizations argue that Trump is unlawfully disregarding Congress’ intent by building the wall with other resources.

The biggest challenge yet came, when a coalition of sixteen states—including California, New Mexico, and New York—brought a lawsuit in the Federal District Court in the Northern District of California. The sixteen states also claim that Trump violated the separation of powers and the Appropriations Clause. Like other lawsuits, the states argue that Trump’s decision was entirely political and that there is no actual national emergency.

Posted by LEGiTiGO at 7:28 PM No comments: 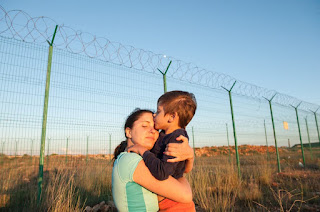 In April 2018, the Trump administration officially rolled out its “zero tolerance” policy—a policy that has since been universally condemned for its cruel and unlawful practice of separating parents and children migrating to the United States. The policy has had widely documented traumatic and enduring effects on parents and their children.

Immigration advocates filed six administrative complaints on Monday against the U.S. government, seeking monetary compensation for harms to these separated families. The complaints, filed under the Federal Tort Claims Act (FTCA), involve six mothers who were forcibly separated from their children—ranging in ages from five to 12 years old.

The facts asserted in these complaints echo the experiences of countless others. The mothers witnessed immigration officers forcibly taking their children from them without explanation. The separations occurred despite tears and pleas by the mothers and their children. One mother reports having her child taken on May 10, only to “mockingly” be wished “Happy Mother’s Day” by an immigration officer.

Posted by LEGiTiGO at 7:59 PM No comments: 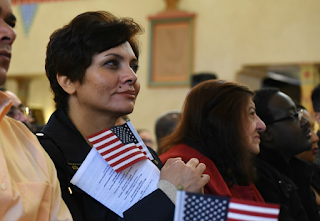 Immigrants Have More Faith in American Institutions Than the Native-Born

Despite the fact that immigrants living in and arriving in the United States today are not exactly receiving a warm welcome by key government institutions, a recent poll by the Cato Institute shows that immigrants’ faith in America’s key political institutions is strong. In fact, stronger than that of the native-born.

Other findings show that immigrants and the native-born overwhelming agree (70 percent) with the statement “America is better than most other countries.” 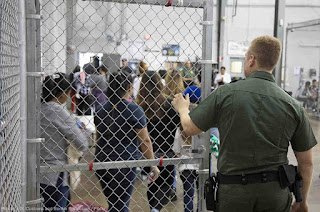 Federal immigration officials are not adequately policing contractors running immigrant detention centers where serious problems are often going unreported, according to a report the inspector general for the Department of Homeland Security released last week.

In some cases, contractors ― including both private businesses and public operations, such as county jails ― failed to notify Immigration and Customs Enforcement of sexual assaults and employee misconduct, the IG report said.
“Instead of holding facilities accountable through financial penalties, ICE issued waivers to facilities with deficient conditions,” the report said.

The report said one facility, for example, was granted a waiver that allowed detainees with serious criminal histories to be held near those with nonviolent offenses. Another facility was granted a waiver to use tear gas instead of pepper spray, which is less toxic, according to the IG report.

ICE issued only two fines to contractors between October 2015 and June 2018, despite finding more than 14,000 deficiencies in that time period, the IG reported. One facility was fined for repeated deficiencies in health care; another for failing to pay proper wages.

The fines amounted to $3.9 million — or 0.13 percent of the more than $3 billion ICE paid to contractors during that period, the report noted.

The investigation examined 106 detention facilities run by contractors that hold about 25,000 detainees daily. ICE has about 45,670 immigrants in detention each day.

ICE said in a letter accompanying the report that it has a “strong record of holding detention facilities accountable when deficiencies are identified.” It agreed, however, to improve oversight.

Posted by LEGiTiGO at 8:19 PM No comments: