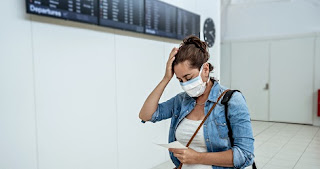 The coronavirus pandemic has affected day-to-day life for everyone, including foreign nationals who planned to participate in the U.S. Department of State’s Exchange Visitor Program. These programs use on-the-job training and are often planned months in advanced.

Many large organizations and companies that sponsor and host exchange visitors—who come to the United States on J-1 visas—have been left wondering if their programs will happen at all this year.

In response to the ongoing pandemic, the State Department released guidance that recommended pausing exchange programs for 60 days starting on March 12. The department said it would reevaluate every 30 days after that.

Soon after the pause in programs, the State Department announced there would be an ongoing suspension of routine visa services worldwide. Since then the agency has not provided further guidance on how or whether embassies and consulates will reopen in the near future.

This has impacted those host organizations and companies who believed that their exchange visitors would be arriving shortly after May 11, when the State Department pause was due to expire.

Programs that were set to start in May, June, and July are still facing uncertainty. Individuals who had embassy appointments have had to delay their arrival. Others who received their visas before the embassy closures are still not able to travel due to the continued restrictions on arrivals from certain countries. In other cases, countries have implemented their own strict lockdowns, which have prevented people from being able to leave their own country. 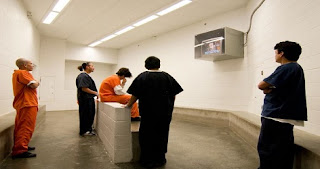 
The Council filed a lawsuit after Immigrant Customs Enforcement (ICE) failed to respond to a Freedom of Information Act (FOIA) request asking for information about steps ICE has taken to protect detained individuals from an outbreak of COVID-19 and steps the agency will take to identify and treat detained individuals who are at risk of infection or who have become infected.

The need for this litigation is urgent. Individuals in detained settings are particularly vulnerable to outbreaks of infectious diseases. 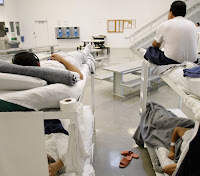 Though ICE granted Plaintiffs’s request for expedited processing of the FOIA request, the Council has not received any correspondence or responsive records from ICE since the beginning of April. As a result, Plaintiff filed a preliminary injunction in addition to a complaint to compel quick release of the COVID-19-related documents.

Posted by LEGiTiGO at 4:11 PM No comments: 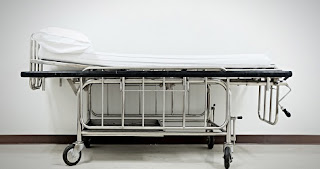 The prognosis for people in immigration detention facilities during this global pandemic is grim. On Wednesday, news broke of the first person to die while in U.S. Immigration and Customs Enforcement (ICE) custody after testing positive for the coronavirus.

Carlos Ernesto Escobar Mejia was a long-time member of the Los Angeles community. He died in a hospital’s intensive care unit due to COVID-19 complications. The 57-year-old had been detained in Otay Mesa Detention Center in Southern California since January 2020. Unless immediate action is taken, Escobar Mejia’s death in ICE custody will not be the last.

On May 7, immigrant advocacy groups filed a complaint over ICE’s neglect with several government oversight agencies. The complaint calls for ICE to ensure immigrants in its custody are protected during the pandemic. It also highlights the accounts of 17 men and women in detention facilities around the United States.

Each account is disturbing. They confirm ICE’s pattern of willfully and actively disregarding the health and welfare of thousands of individuals in its custody.

The complaint urges ICE to take several actions during the pandemic.
Posted by LEGiTiGO at 8:08 PM No comments: