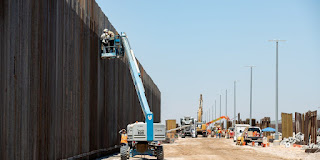 What Is Happening with The Border Wall? Here’s Everything You Need to Know So Far

President Trump has made the construction of a wall along the U.S.-Mexico border a cornerstone of his presidency. To date, not a single mile of new barriers has been erected. But the Trump administration continues to aggressively pursue new avenues to fund this project outside of the traditional federal appropriations process, including the president’s declaration of a national emergency.

Judge David Briones in Texas issued a ruling last week that will prevent the president from using certain Department of Defense (DoD) funds to construct new barriers along the border.

This is one of eight lawsuits filed in federal court to challenge the border wall. Most argue that Trump’s national emergency is an illegal maneuver to release funding for the wall by circumventing Congress.

The administration has made multiple requests for federal funding, despite Congress’ repeated refusal and clear evidence that a wall is an unnecessarily expensive and inefficient enforcement measure to address unauthorized migration.

In 2017, the administration requested $999 million to fund the “first installment” of President Trump’s wall. That year, the Republican-controlled Congress provided the Department of Homeland Security (DHS) with $341 million to replace around 40 miles of existing barriers.

The next year, the administration asked for $1.6 billion for 74 miles of new barriers. Congress responded by providing approximately $1.6 billion for replacement fencing and additional security technology. 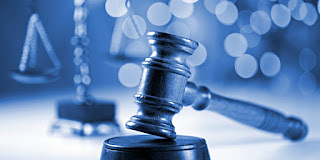 In Historic Ruling, Thousands of Immigrants Waiting for Their Immigration Records Can Now Challenge Agency Delay

Plaintiffs allege that U.S. Citizenship and Immigration Services (USCIS) and U.S. Immigration and Customs Enforcement (ICE) have a system-wide practice of failing to provide access to immigration case records—called A-Files—within deadlines set by the Freedom of Information Act (FOIA). Without these files, immigrants and their attorneys are at a severe disadvantage in moving forward with their cases.

The court’s decision on Tuesday allows the case to proceed on behalf of all noncitizens and attorneys with delayed FOIA requests, and not simply on behalf of the five individuals who filed the lawsuit.
At the end of Fiscal Year 2018, USCIS reported a backlog of 41,320 pending requests. This means that tens of thousands of individuals did not receive a determination on their A-File FOIA requests within the time period required by law. USCIS admitted that 98% of the FOIA requests that it receives—which would include all the cases in the backlog—are requests for A-Files.

The decision also is significant because this is the first time a court has certified a class in a lawsuit alleging a pattern and practice of violating FOIA.

Posted by LEGiTiGO at 7:20 PM No comments: 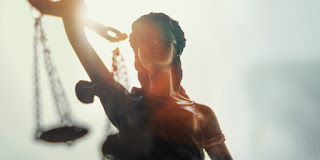 A federal judge blocked the expansion of a fast-track deportation program, known as “expedited removal,” minutes before the government said it would begin implementing its expansion on September 28, 2019.

Expedited removal allows the government to deport certain people without basic legal protections. Those who are put in this process are not able to see an immigration judge or speak with an attorney before they are deported. Instead, the decision on whether they are deported is in the hands of immigration enforcement officers.

Before the Trump administration sought to expand the process, immigration officers could only place someone in expedited removal if they were stopped within 100 miles of the border during their first two weeks in the United States, or if they arrived by sea.

In July 2019, the administration issued a rule seeking to expand the number of people who could be subjected to this fast-track deportation process. The new rule applied to anyone who could not show that they had been in the United States continuously for at least two years, regardless of where they were stopped in the country.

The changes to the settlement would have allowed the administration to hold immigrant children and their parents indefinitely in jail-like settings.

Federal Judge Dolly Gee repeated that the 22-year-old settlement is still binding, even after multiple court hearings. In her written decision, the judge said that Flores is a contract into which the federal government had “willingly entered and agreed to be bound.”

In August, the Departments of Homeland Security and Health and Human Services issued a final rule after receiving tens of thousands of public comments opposing the changes. The rule would have greatly impacted the Flores settlement by effectively scrapping a key component of Flores—that children should not be detained for longer than 20 days.

One inconsistency is the changed licensing requirements for facilities that hold detained children.