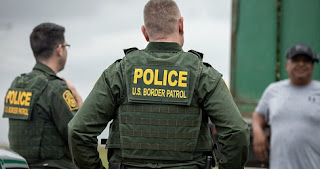 Institutional Racism Is Rampant in Immigration Enforcement at the U.S.-Mexico Border

A Black former U.S. diplomat recently shared her experience of months of racial profiling by U.S. Customs and Border Protection (CBP) officials while she was stationed at the U.S. Consulate in Ciudad Juárez, Mexico. She was tasked with enforcing U.S. immigration law, but nevertheless found herself racially profiled and discriminated against by U.S. immigration authorities.

The problem became so severe that she now suffers from post-traumatic stress disorder and had to quit her job. Unfortunately, this is just one example of immigration officials’ long history of racism at the border.

In 2018, Tianna Spears was a new diplomat stationed at the U.S. Consulate in Ciudad Juárez, Mexico. She frequently crossed the border into El Paso, Texas, as thousands of other U.S. citizens do every day. However, she soon found that she was treated differently than others by CBP officers at the border.

Spears estimates that CBP officers required her to go through “secondary inspection” approximately two out of every three times that she crossed. This outcome should have been extremely rare given her diplomatic passport and SENTRI card allowing for expedited clearance. Her non-Black colleagues never had similar experiences.