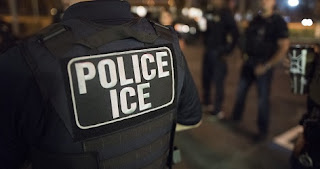 In the final run up to the presidential election, the Trump administration has reinvigorated its attacks on undocumented immigrants in the United States by targeting so-called “sanctuary” policies and jurisdictions.

These attacks have come in two forms. U.S. Immigration and Customs Enforcement (ICE) officials started to issue fines against undocumented immigrants who have sought “sanctuary” in U.S. churches.

Both tactics are part of a concerted effort by the administration to demonize undocumented immigrants. The agency aims to portray them as a threat to public safety despite an abundance of evidence to the contrary.