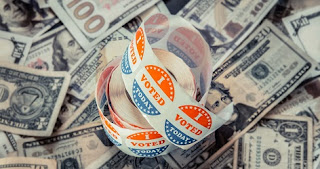 The application fee to apply for U.S. citizenship was due to rise from $640 to $1170 on October 2. Though the fee hike was temporarily blocked in federal court, this is not the first time U.S. Citizenship and Immigration Services (USCIS) has tried to raise the naturalization application fee. But the increase has never been this high—a staggering 82%.

The Center for American Progress found in a 2014 study that 32% of immigrants eligible for naturalization lived below 150% of the federal poverty income guidelines. High application fees will put citizenship out of reach for many—possibly up to 54% of the eligible immigrant population.

If people cannot afford to naturalize as U.S. citizens, they never will earn one of the key privileges of citizenship: the right to vote.

Starting in the 1870s, many states enacted laws that required every voter to pay before they could vote. The poll tax amount varied by state and ran at most between $10 to $20 in today’s dollars. That figure is low compared to the astronomical new $1,170 naturalization application fee, though it was still unreachable for many during that time.