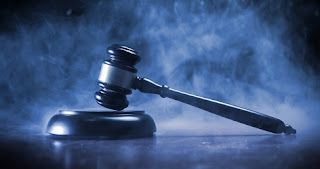 The Executive Office for Immigration Review (EOIR) has proposed two rules that would significantly decrease the due process rights of people in immigration court. Both rules would restrict judges’ abilities to manage their dockets and require them to push through cases at breakneck speeds, further transforming the immigration court system into a deportation machine.

While the rules are not likely to be finalized by the time President Biden takes office, they demonstrate the Trump administration’s continued commitment to dismantling the immigration system.

The first rule would severely limit the reopening of immigration cases after a judge enters an order of removal. Respondents or their attorneys routinely file motions to reopen because of previously unavailable evidence, changed country conditions, or a lack of proper notice of a hearing. This opportunity is crucial for people who are eligible for relief but were ordered deported for reasons beyond their control.

The rule would limit the reasons for which a case can be reopened, requiring significantly more evidence. This means that fewer people could overturn a deportation order, even if they now had another way to remain in the United States. The respondent would have to include their application for relief with the motion. Once their case is reopened, they would be barred from applying for any other kind of relief.

EOIR’s new rule would further limit case termination, a tool judges used in the past to remove low-priority cases from their dockets. It would also end nearly all discretionary stays of removal, which temporarily prevent a deportation in emergency situations.