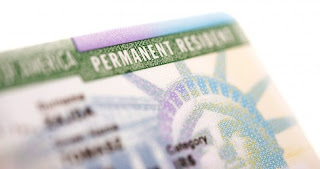 The Administration Let Over 200,000 Green Cards Go to Waste This Year

The Biden administration failed to issue more than 200,000 permanent resident visas (or “green cards”) that were allotted in fiscal year 2021 for immigrants sponsored by U.S. employers or family members.

This falls drastically short of the total number of green cards—675,000—that the government can issue each year. Out of this total, 480,000 visas are reserved for “family preference” immigrants; 140,000 for employment-based immigrants; and 55,000 for Diversity Visa lottery winners.

This marks the second year in a row that over 100,000 family-preference visas have gone unused. In 2020, the COVID-19 pandemic caused U.S. embassies and consulates abroad to close, which temporarily halted immigrant visa processing. In addition, the Trump administration used the pandemic as a pretext to implement a ban on the issuing of many immigrant visas. As a result, 122,000 family-preference visas went unused and were added to the 2021 cap on employment-based visas, which raised the total to 262,000.

Embassies and consulates have reopened since then, and the Biden administration lifted Trump’s immigrant visa ban. The increase in the number of employment-based visas actually presented a rare opportunity for the administration to make a sizeable dent in the massive backlog of cases.

But the Biden administration was unable to speed up processing sufficiently to meet the 2021 cap on either family- or employment-based immigrant visas. Continued budget challenges and mismanagement at U.S. Citizenship and Immigration Services further hurt the administration’s chances of hitting the mark.

Posted by LEGiTiGO at 3:32 PM No comments: 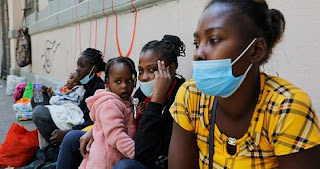 US Policy Toward Haitian Immigrants Is Part of a Long, Troubled History

Shocking images have emerged of Border Patrol officers on horseback charging toward Haitian immigrants in and around the border town of Del Rio, Texas. Thousands of Haitians have come to our southern border as conditions in their home country continue to deteriorate following a devastating earthquake in August and the assassination of President Jovenel Moise in July. Though the Biden administration acknowledged the horrific conditions in Haiti as it extended Temporary Protected Status to Haitians in May 2021, it has decided to remove thousands of Haitians from our southern border.

The administration’s treatment of Haitian migrants has received extensive criticism. Yet its actions are a continuation of a long history of mistreating Haitian migrants.

The largest mass refugee crisis from Haiti in modern history arose in 1991. A military coup usurped the democratically-elected president of Haiti, Jean-Bertrand Aristide. Following the coup, tens of thousands of Haitians fled the country, often on boats headed for the United States.

Initially, the U.S. Coast Guard turned thousands back to Haiti, often to imprisonment or death. A judge in Florida later ruled they could not be turned back without the opportunity to seek asylum. Thousands of Haitian refugees were then diverted to a now-infamous naval base to be held and processed—Guantanamo Bay.

Thousands of Haitians were held at Guantanamo Bay throughout the early 1990s. In 2002, the U.S. government issued an executive order creating what became the Migrant Operations Center for detaining people who were interdicted at sea—largely Haitian and Cuban nationals. The Biden administration issued a new request for contract services to operate this detention center. While the government has clarified that this detention center is only used (per the executive order) for people detained while at sea, it is indicative of the disparate treatment that disproportionately affects Haitian migrants.

Posted by LEGiTiGO at 5:38 PM No comments: 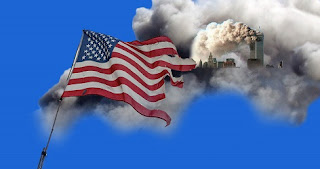 The September 11th terrorist attacks not only led to the tragic deaths of 2,977 people, they fundamentally changed the nature of immigration law and policy in the United States.

Since 9/11, the U.S. government has viewed every non-U.S. citizen seeking to enter the country as a potential threat. Foreign tourists and students, temporary workers, permanent immigrants, refugees, asylum seekers, and undocumented immigrants are all now evaluated first and foremost through the lens of national security.

The goal of preventing foreign terrorists from ever again mounting an attack within the United States is certainly understandable. But politicians have used the fear of another terrorist attack to justify harsh immigration policies that stereotype and dehumanize any non-citizen who wants to visit, work, or live in the United States. This often comes at great cost to civil liberties and with little value to counterintelligence. And while the anti-immigrant policies of the Trump administration were particularly egregious in this regard, no presidential administration of the past 20 years has managed to move beyond the fear-driven policies of the post-9/11 era.

The single-minded focus on security after 9/11 was exemplified best by the decision in 2002 to dissolve the Immigration and Naturalization Service (INS) and assign its functions to the newly created Department of Homeland Security (DHS). The primary mission of DHS was to prevent another terrorist attack on U.S. soil.

Posted by LEGiTiGO at 8:24 PM No comments: 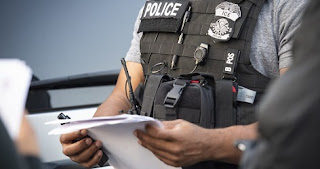 Proposed legislation in California that would further limit the state’s involvement in immigration detention has made progress toward becoming law. The VISION Act would prevent transfers to U.S. Immigration and Customs Enforcement (ICE) custody of people who are released from state or local custody. The bill passed the state assembly in June and is now expected to pass the state Senate in the coming days.

If passed, the law would ensure that people granted release from criminal custody are free to return to their community. Each year, 1,500 immigrants who earn their release from California prisons are transferred to ICE custody. The law would apply to any release, regardless of whether it is due to a completed sentence, a parole grant, dropped charges, or a judge’s order.

80% of California voters supports ending these transfers, which until now have not been covered by the state’s “sanctuary policy.” In 2017, California passed the California Values Act, which limited law enforcement cooperation with ICE. However, amendments added to the bill made exceptions for people who had one of 800 specific convictions and for people in the state prison system.

ICE frequently issues requests—called detainers—to law enforcement, asking them to hold individuals that ICE believes to be deportable until the agency can take custody of them. A person could be deportable because they are undocumented or because they have committed a crime that violates the requirements of their immigration status, such as a green card. If law enforcement cooperates with a detainer, they hold the person up to 48 hours past the time when they would have otherwise released them.

Posted by LEGiTiGO at 8:07 PM No comments: 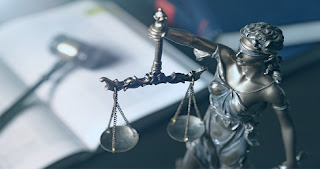 Illinois Governor J.B. Pritzker signed a law in August that would allow the Cook County Public Defender to represent immigrants in the Chicago immigration court. The law is part of a movement to expand access to legal representation for people facing deportation. It comes on the heels of another pro-immigrant Illinois law that disallows immigration detention in the state.

A person charged with a jailable crime has the right to a free attorney if they cannot afford one. Often that free lawyer is a public defender paid for by the state. But a person facing deportation does not have a right to a free lawyer in most cases. If an immigrant cannot afford a lawyer and cannot find a legal services provider who is able to take his case, he will have to fight against deportation alone. This involves navigating laws that are often described as “byzantine” and as complex as the U.S. tax code.

Posted by LEGiTiGO at 8:59 PM No comments: 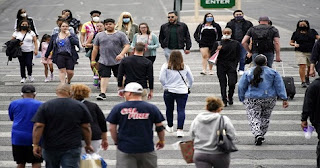 Demographers have known for decades that the United States is well on its way to becoming a predominantly multi-racial and multi-ethnic society. New data from the 2020 Census reveals how rapidly that transformation is taking place.

These trends should serve as a warning to politicians who rely on racist and xenophobic rhetoric to exploit the unease that many native-born, non-Latino whites feel about these demographic changes. Politicians who encourage fear of immigrants and minorities are playing to a shrinking base. Meanwhile, the number of Americans who come from minority or immigrant backgrounds continues to grow.

(The Census Bureau cautions that some of the differences between the results of the 2010 census and the 2020 census reflect improvements that were made in how race and ethnicity were measured in the 2020 census.)

The new data, as summarized by the Census Bureau and analyzed by The Brookings Institution, highlights several important demographic trends.

Posted by LEGiTiGO at 7:35 PM No comments: 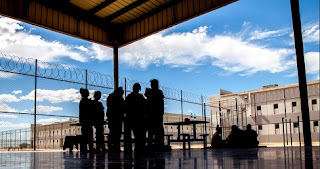 A new Illinois law limiting U.S. Immigration and Customs Enforcement (ICE) detention is expected to effectively end detention in the state by next year. The law goes further than those that have limited detention in other states.

On August 2, Illinois Governor J.B. Pritzker signed SB 667, known as the Illinois Way Forward Act. The law prohibits local governments from signing new contracts with ICE and requires existing contracts to end by 2022. All three detention centers in Illinois are county jails that contract beds to ICE, which will no longer be allowed. The law still permits ICE to operate its own detention centers, but it does not currently have any in the state.

ICE uses several types of contracts to detain the tens of thousands of people in its custody around the country. Most people in ICE detention are held in facilities owned by private prison companies or local governments. ICE owns a small number of facilities directly.

Other states have taken steps to end detention but will do so on a longer timeline. In 2019, California’s AB 32 similarly ordered the phasing out of private detention. However, ICE quickly secured long-term renewals of four contracts before the bill went into effect, allowing these facilities to continue operating through 2034.

Posted by LEGiTiGO at 9:05 PM No comments: