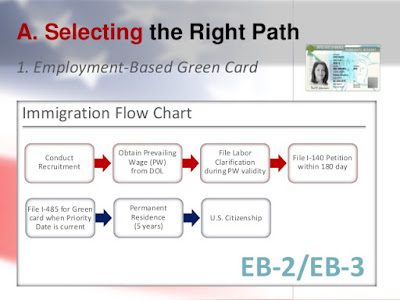 US EB-3 Employment Based Immigrant Visa

The EB-3 visa category allows workers with less advanced qualifications than those required by the EB-1 and EB-2 categories to gain legal permanent residence in the US.

The EB-3 covers 3 types of workers:

Professional workers with at least a US baccalaureate degree or equivalent

EB-3 applicants under the skilled workers category must be able to prove that they have at least 2 years of experience or training in a skilled occupation, and must have a confirmed job offer in the US. The applicant's employer must provide a labor certification showing that they have been unable to recruit a US worker for the role.

EB-3 applicants under the low skilled workers category must have a confirmed US job offer, and must be able to prove that they are capable of performing the job in question. Jobs used in this application must require less than 2 years of experience or training. The applicant's employer must provide a labor certification showing that they have been unable to recruit a US worker for the role.

If you have any questions regarding US EB-3 Employment Based Immigrant Visa or any other immigration topic, Please contact LEGiTiGO 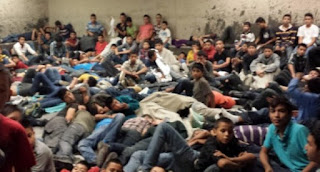 Noncitizens in Deportation or Removal Proceedings

Whether an immigrant has been arrested by immigration authorities within the U.S., submitted an application to USCIS that was rejected, or successfully requested an asylum hearing upon entry to the U.S., his or her rights and claim for relief will be decided upon by an Immigration Judge, within the Executive Office of Immigration Review (EOIR). Learn how the system functions.

There are nearly 200 immigration detention facilities in the United States, usually located far from major cities. Some house several thousand detainees at any one time, mixing aliens who have criminal records with others who don't. Here’s an overview of what else to expect.

In most cases, men and women are housed separately; although there are also a number of family detention facilities, which primarily house women and child asylum seekers. Some detention centers have immigration courts and asylum offices inside the same buildings.

Not only do detention centers feel like prisons, in many cases, they are actually housed in correctional facilities, which are either operated by the federal government, the state, or an outsourced private company. Also, until you are released on bond or "reasonable supervision" or are granted the right to remain lawfully in the U.S., you may not know for how long you will be detained.

Do not let this discourage you. Instead, keep focusing on preparing a strong application in your defense, such as an application for asylum. Try to obtain as much information about the possibility for a bond hearing or to be released on a supervision order—your lawyer or a legal aid organization can help you with this.

You will likely be transported to a detention center in handcuffs, and sometimes in shackles.

Many of your personal belongings will be taken away from you, and you will be assigned a specific bed.

The guards will then refer to you based on the number of your bed or using your alien registration number.

You will most likely have to wear a jumpsuit uniform, and you will be guarded by uniformed officers. You will not be able to move around freely. You will sleep in a large room, with other detainees. Your privacy will be limited. Throughout the day, the guards will conduct several “counts” (during which you will be required to be next to your bed, while they are counting all the detainees). During “count” times, you will not be able to meet with visitors. Also, if you are meeting with visitors or your attorney during meal times, you might not be provided with food later.

Due to their remote location, some detention centers are far away from immigration courts. Instead of seeing your Immigration Judge, you might have any interviews and hearings conducted through video conferences. 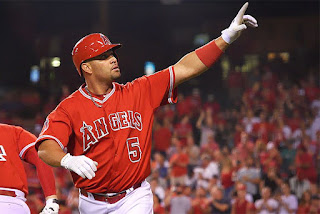 26.5 Percent of Players Born Outside the U.S., Spanning 17 Countries and Territories

As it has each year since MLB began releasing this annual data in 1995, the Dominican Republic again leads the Major Leagues with 83 players born outside the United States.

Venezuela ranks second with 65 players, marking its second-highest total of all-time behind 2012 (66). Cuba places third with 18 players, also marking its second-highest total of all-time behind 2014 (19). Rounding out the totals are Puerto Rico (13); Canada (9); Japan (9); Mexico (9); Colombia (4, matching its previous high set in 2013 and 2014); Curaçao (4); Panama (4); South Korea (3); Australia (2); Brazil (2, surpassing its previous high of one set in 2014); Nicaragua (2); Aruba (1); the Netherlands (1, matching its previous high set in 1996, 1998, 2008, 2009 and 2013); and Taiwan (1). Cleveland Indians catcher Yan Gomes, who became the first Brazilian-born player to make an Opening Day roster in 2014, is joined on the 2015 Rosters by fellow countryman and Kansas City Royals outfielder Paulo Orlando, giving Brazil multiple players on Opening Day rosters for the first time in Major League history. New York Yankees shortstop Didi Gregorius is the first player from the Netherlands to appear on an Opening Day roster since Florida's Rick Vandenhurk in 2009.

For the second consecutive season, the Texas Rangers have the most foreign-born players with a total of 15 on a roster that spans a Major League-best eight different countries and territories outside the U.S. - Cuba, Curaçao, Dominican Republic, Japan, Mexico, Puerto Rico, South Korea and Venezuela. The Toronto Blue Jays have the next highest at 12, followed by the Boston Red Sox (11), Detroit Tigers (10), Kansas City Royals (10), Los Angeles Dodgers (10) and Milwaukee Brewers (10). The Pittsburgh Pirates have the most players from one nation outside the U.S. with seven Dominican players. The Tigers and Philadelphia Phillies have six Venezuelan players apiece, while the Brewers have six Dominican players.

Posted by LEGiTiGO at 5:55 PM No comments: 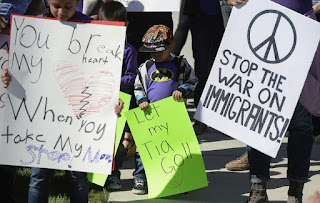 The nexus of illegal immigration into the U.S. has shifted away from the southwest border and into the country’s air and sea ports, where more than 54 million visitors checked in last year — and nearly 630,000 of them didn’t go home, according to new numbers released Monday.

Known as visa overstays, the visitors present a different challenge than the border crossers, and one that Homeland Security officials are still trying to figure out how to handle.

“This report shows that we have a problem with visa overstays in the United States,” a senior administration official said in briefing reporters on the new numbers, vowing to step up enforcement to try to cut down on the violations.

The Trump administration’s report stands in contrast to the Obama administration, which played down the numbers last year when officials released a similar report, focusing on the vast majority of travelers who did comply and leave when they were supposed to.

Indeed, more than 98.5 percent of those admitted through airports and seaports departed before their admissions expired in 2016. But the sheer amount of travel — some 54 million visitors who came through those air and sea ports — means even that small overstay rate works out to nearly 740,000 illegal immigrants.

Some of the overstays were short term, and the foreigners did leave eventually, but the majority were long-term problems.

Student visas and exchange visitors were the worst violators, with some countries averaging overstay rates above 20 percent.

Libya, a country of special interest because of terrorism concerns, saw 43 percent of its students refuse to leave on time, while a staggering 75 percent of students from Eritrea broke the terms of their deal, the report said.

Jessica Vaughan, policy studies director at the Center for Immigration Studies, said those kinds of rates should force a rethink at the State Department, which issues visas, and should spur immigration officials to put more effort into deterring and deporting overstays here in the U.S.

“The fact that more than 700,000 visits were overstayed last year shows just how much we need to step up interior enforcement to create more of a deterrent, not only by identifying and deporting overstays, but by weakening the job magnet by cracking down on employers who hire illegal workers,” she said.

Almost none of the visa overstays are investigated, Homeland Security officials told Congress last year. Just 2,500 visa overstay cases resulted in deportations in 2015, or a fraction of 1 percent of the problem.

While it’s difficult to know exact numbers, some analysts say that for every illegal immigrant nabbed at the border, another one gets through. That means that fewer than 500,000 new illegal immigrants a year have snuck in.

Illegal overstays, meanwhile, easily top that number now, according to the new statistics.

Homeland Security experts say those who come legally then overstay have at least faced some scrutiny, often by State Department employees who issue visas, and then by border officers who make a final determination on everyone admitted.

That’s different than border crossers, who face no inspection whatsoever, and where the identity of those who entered is entirely unknown.

Posted by LEGiTiGO at 5:29 PM No comments: