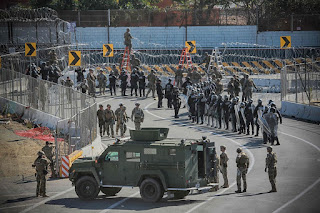 U.S. authorities closed off the busiest port of entry along the U.S. border with Mexico on Sunday and fired tear gas at members of a Central American migrant caravan who had rushed the fencing that separates the countries.

Although the number of people at the border was relatively small, the unrest — with migrants attempting to climb fences and run through car lanes to reach the United States, and scenes of mothers and children choking on tear gas — represented a serious escalation of the crisis.

What began Sunday morning as a migrant protest of the slow pace of the U.S. asylum claims process devolved into a chaotic scramble in which hundreds made their way to the border hoping to cross onto U.S. soil. To block that from happening, and as some threw rocks and bottles, Customs and

Border Protection (CBP) officers took the rare step of firing tear gas into Mexico as well as closing all legal vehicle and foot traffic to the San Ysidro border crossing, which U.S. officials say normally has about 100,000 visitors per day. 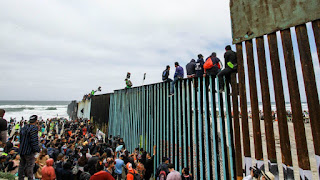 Posted by LEGiTiGO at 7:41 PM No comments: 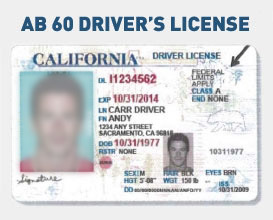 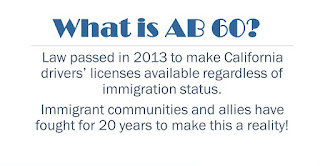 
Obtain an AB 60 Driver's License by

1 Make an appointment or drop into a DMV office Complete the DL-44 application form
2 Present documents that prove your identity and California residency from an approved list
Give a thumb print.
3 Pass a vision exam Pass a traffic laws written test You have three chances to pass this test 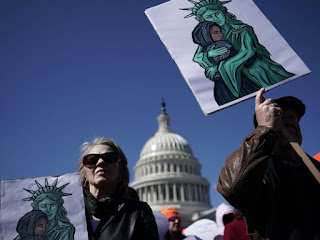 2018 Midterms and Immigration: What Will Congress Do Next?


While the pundits digest the lessons to be learned from the 2018 midterm elections, one takeaway is immediately clear: many Americans want Congress to resume its critical role of checks and balances on the Trump administration and its overzealous immigration agenda.

Democrats’ control of the House of Representatives offers significant opportunity for the 116th Congress to hold the administration accountable for altering the immigration landscape.

The Democratic majority can call oversight hearings requiring government officials to testify under oath on a wide range of issues. This could include family separation, the termination of Temporary Protected Status (TPS) designations, rescinding the Deferred Action for Childhood Arrivals (DACA) initiative, record-high use of immigration detention, or turning asylum seekers away at the border.

Likewise, the House could probe other immigration issues, such as naturalization backlogs, increased denial rates of employment-based petitions, and intrusive vetting of benefits applicants that causes extensive delays. We could also see hearings on how the Department of Homeland Security (DHS) is proposing to change regulations, such as expanding the detention of families and children and penalizing immigrants for their lawful use of public benefits (called the “public charge” rule).

With leadership comes subpoena power, which would enable House Democrats to compel the government to turn over important documents and policies which have been withheld from Congress and the general public. Doing so could usher in a new moment of much-needed transparency.

House leadership may also push a more affirmative legislative agenda, such as moving a bill in early 2019 to legalize Dreamers and TPS holders, whose long-held status was ended by President Trump. Although litigation has temporarily kept those benefits on life support, the House may advance legislative solutions to allow them to remain in the United States with their families.

Executive Action of Responsibility for Migration 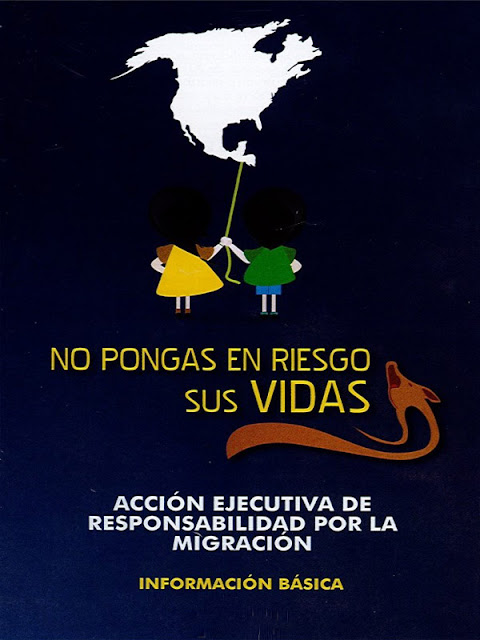 Request your Basic Information Booklet at www.legitigo.com
Posted by LEGiTiGO at 4:51 PM No comments: