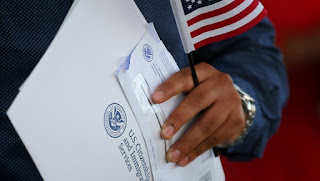 If you’re a green card holder who’s fulfilled the requirements for naturalization — or will in the near future — you might be wondering whether obtaining U.S. citizenship is the right decision. The short and simple answer to that question is yes, if you plan to live permanently in the United States.
For some people, however, the answer is a bit more complicated — often because of identity-related or practical reasons.

If naturalization is right for you, however, it’s imperative to apply for U.S. citizenship at your earliest opportunity. Recently announced immigration policy changes — such as the proposed “public charge rule” and the updated denial and deportation guidelines — will only make naturalization more challenging in the future.

In this guide, we’ll discuss the benefits of becoming a naturalized American — as well as the rules that deter some green card holders from obtaining citizenship — to help you decide whether naturalization is the next step you want to take in your immigration journey.

Not sure if you qualify for U.S. citizenship? When you’re ready to apply, LEGiTiGO can guide you through every milestone of the naturalization process, starting with your citizenship application all the way to the finish line.  Learn more, or  get started today.

What Are the Benefits of U.S. Citizenship?

You cannot be deported to your country of former citizenship or nationality. You’ll have just as much right as any other American to live and work in the United States. Even if you’re charged with a crime in the future, you’ll be able to stay in the United States. (Although recent news reports have indicated that the U.S. government plans to pursue more “denaturalizations” based on prior criminal offenses, this should not affect the vast majority of naturalized U.S. citizens.)

Posted by LEGiTiGO at 8:11 PM No comments: 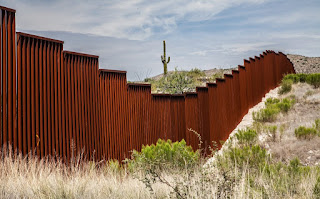 What the Government Considers the US Border May Surprise You

When you think of a national border, you probably think of a defined edge—a place where one country ends and another begins. However, when it comes to federal immigration operations, the border extends many miles into the country.

While those whose daily lives are negatively impacted by this overreach of federal immigration authority have denounced it for many years, not enough is known about how it plays out. A recent in-depth article from the Investigative Fund, however, reveals new information about the expansive authority of immigration agencies in and around U.S. borders—and its grave outcomes.

Under current law, the “border zone” encompasses 10 states in their entirety, touches dozens more, and contains nine of the 10 largest cities in the country. An estimated 200 million people live in this zone.

U.S. Customs and Border Protection (CBP), the agency charged with guarding U.S. borders, has broad authority to operate within 100 air miles of any U.S. boundary. Importantly, CBP is permitted to set up and operate immigration checkpoints on any routes within the 100-mile radius that eventually meet the border. Within 25 miles, agents have even more leeway—such as entering private property without a warrant or permission.
CBP is the largest federal law enforcement agency in the nation, with funding and powers surpassing those of other such agencies. Comprised primarily of customs officers at ports of entry and Border Patrol agents in between, CBP is only authorized to use checkpoints for brief inquiries about immigration status. That is, stops at these checkpoints should not primarily be for drug searches or general law enforcement.

This often involves asking for the individual’s citizenship and inspecting the vehicle visually. CBP is not required to have a warrant but anything more—including search or seizure—requires the agent to have some level of reasonable suspicion relating to immigration violations.
Posted by LEGiTiGO at 9:11 PM No comments: 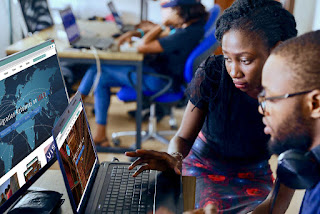 If the U.S. government closes the door to highly skilled foreign workers, other countries stand ready to embrace their contributions. For instance, while the Trump administration contemplates an overhaul of the H-1B temporary employment visa, a process that would make it more difficult to obtain them.

The Canadian government is offering the opposite. Canada is promising a two-week turn-around time on work permits for skilled foreign workers who are in the United States, but who might like to try Canada instead.

The U.S. government and employers must create a welcoming environment that attracts skilled people from around the world, because the United States is no longer the default choice for foreign workers looking for new opportunities.

This is one of the central conclusions of a new book, “The Gift of Global Talent,” by Harvard Business School professor William Kerr.

The book synthesizes much of the existing research on high-skilled immigration and reaches a number of important conclusions. Paramount among these is that “talent is the world’s most precious resource.” The accuracy of this statement becomes apparent if you consider that computers, cars, and factories would not exist if not for the creativity of engineers and other high-tech professionals.
Moreover, talent is highly mobile. Talented workers can readily travel to any corner of the globe where opportunity beckons to them—meaning that forward-looking nations must actively compete for these workers and not take them for granted.
Posted by LEGiTiGO at 9:35 PM No comments: 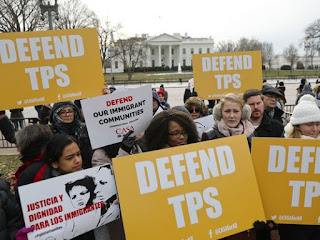 Just weeks ahead of thousands of Temporary Protected Status (TPS) holders beginning to lose their immigration status, a federal court in California blocked the Trump administration’s decision to terminate the TPS designations for El Salvador, Haiti, Nicaragua, and Sudan. At least for now, this unexpected lifeline will temporarily protect hundreds of thousands of TPS holders from the risk of deportation, allowing them to continue to live lawfully in the United States.

In March 2018, TPS holders and U.S. citizen children of TPS beneficiaries filed a class action lawsuit in the Northern District of California to challenge the four termination decisions made by the Department of Homeland Security (DHS) at that time. Between October 2017 and January 2018, DHS had terminated status for El Salvador, Haiti, Nicaragua and Sudan. Two countries that were later terminated are not included in the litigation; Nepal and Honduras were terminated in May and June 2018, respectively.

DHS delayed the effective date of these decisions by 12 or 18 months, but those terminations were about to take effect. Approximately 1,000 nationals of Sudan were set to lose status on November 4, with roughly 2,500 Nicaraguans soon to follow on January 5, 2019.  Nearly 250,000 nationals of Haiti and El Salvador were due to lose their TPS next summer.
Posted by LEGiTiGO at 7:55 PM No comments:

The Latest on DACA Renewal

DACA is short for Deferred Action for Childhood Arrivals. DACA allowed some undocumented people, who came to the U.S. as children, to work and stay in the country for two years. People with DACA could renew it for two years at a time. The government stopped accepting new DACA applications but a court ordered the government to accept DACA renewal applications. People can apply to renew DACA, but we do not know how long the program will last.

Your new DACA card (work permit) will be for two years. If you apply for renewal early, you lose some of the time on your current DACA. If you apply later, you risk a change in the DACA renewal program.

Can I apply for DACA for the first time?
No. If you never had DACA before, the government will not accept first-time DACA requests. Advocates are fighting to bring back DACA for new applicants.

Posted by LEGiTiGO at 8:58 PM No comments: