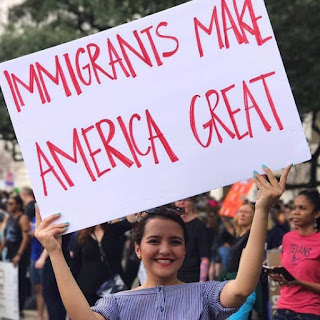 For every single ignorant act Donald Trump commits, it seems like there are hundreds right behind him looking to right his wrongs — just like Valeria Alvarado.

On Wednesday, his administration put into motion its plan to strike down sanctuary cities by threatening to defund those that won’t detain undocumented immigrants for the US Immigration and Customs Enforcement (ICE). That much we knew, because on the campaign trail, Trump first announced his plans to dismantle sanctuary cities by withholding federal funding. But his executive order goes further than trying to force cities to cooperate with ICE officials, it’s also aiming to prove that offering undocumented immigrants protection results in rising crime. “To better inform the public regarding the public safety threats associated with sanctuary jurisdictions, the Secretary shall utilize the Declined Detainer Outcome Report or its equivalent and, on a weekly basis, make public a comprehensive list of criminal actions committed by aliens and any jurisdiction that ignore or otherwise failed to honor any detainers with respect to such aliens,”

In response to this egregious and revolting report – which will include everyone
from undocumented immigrants to permanent residents – Alvarado is publishing her
own counter-list. She’s in the midst of working on an interactive platform called We,
Too, Are America, which will highlight the undocumented community’s
accomplishments and contributions on a weekly basis. She and her small team will
roll out the first story on February 5, and then each Monday following that.
“I could not believe my eyes when I first read Trump’s plan to publish this list,”
she told me. “This ‘crime list’ idea is not new.

The Nazis used to publish a list of Jewish crimes before the genocide started. The RTML radio in Rwanda used to convince people that Tutsis were to blame for the crimes of the few. I am not trying to homogenize these situations with each other, but it is unbelievable that we are repeating history’s same mistakes.”

If you have any questions regarding LATINA TEEN or any other immigration topic,
Please contact LEGiTiGO, today 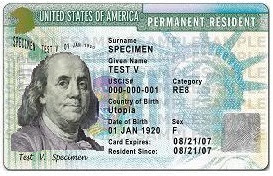 Keeping and Enjoying Your Permanent Residence

After the long and challenging process of obtaining a U.S. green card (lawful permanent residence), you probably want to do your best to keep it. And that means more than just avoiding a losing the card itself. Unless you learn your responsibilities as a lawful permanent resident, and make sure not to get into any legal or other trouble, you risk losing your right to the green card and ultimately being removed from the United States and prevented from returning for many years.

By protecting and maintaining your green card status, you may ultimately become eligible for U.S. citizenship (usually within five years). U.S. citizenship is a much more secure status in the United States, and comes with many additional benefits.

How to Prove You Are a U.S. Resident

After your green card is issued, immigration laws require that you carry it with you at all times. You should also make copies in the event the card is lost. The copy will help when applying for a replacement card from U.S. Citizenship and Immigration Services (USCIS).

Once you receive U.S. permanent residence, you remain a permanent resident until you abandon your residence or are deported. But it's also important to be able to prove your status, with a physical green card -- the identity document that shows your photo and name.

Can a permanent resident get a visa for his or her spouse? The answer is yes, foreign spouses of U.S. green card holders (people with lawful permanent residence) are eligible for immigration under the family second preference category (2A).

This is true for both same-sex and opposite-sex couples, so long as the marriage is legally recognized in the state or country where it took place.

If you have any questions regarding Enjoying Your Permanent Residence or any other immigration topic, Please contact LEGiTiGO, today
Posted by LEGiTiGO at 3:15 PM No comments:

‘It was the best moment of my life’

This week, Victor Reyes found out he had been accepted to Harvard, the school of his dreams.

The California-based high schooler arrived in the US aged four, crossing the Mexican border to live with his mother and father in Los Angeles.

Today Victor is his class valedictorian, a soon-to-be Computer Science major and a DACA student.

He was given early acceptance to Harvard because, in the words of the admissions office, his application was “outstanding.”

He also shared his application essay with us, printed below, which details how he came to the States, avoided raids from immigration officials and started on his path to college.

How did it feel to get into Harvard?

It was the best moment of my life, honestly. All my effort has culminated in this. I’ve got something to prove for fourteen years of hard work and studying. My mom brought me to the US when I was four years old to get a good education. Paying her back for the sacrifices she made was amazing. It gave me a sense of fulfilment. Mom, your sacrifice wasn’t in vain! She’s proud.

It was such a relief. It was a lot of excitement and happiness. A bit of nervousness too, but like anticipatory nervousness where you’re happy.

How did you hear that you were accepted?

Oh my god. We had just come from running an errand after school with my parents. I came home, got on my computer and saw an email from admissions. I clicked on it, and saw it was from Harvard – it said: “There has been a status update to your admission.” I was thinking what does this mean? I was freaking out – is it a decision, a rejection, or do they just want information for my financial aid? I was there waiting for 15 minutes for my mom to get back to open it.

My mom gets home and says: “Oh my god check it now!” She walks up to the computer and I cover my mouth. As I click it, she covers my eyes so she’s the first to know. She doesn’t understand English, but she saw “Congratulations!” We started yelling and freaking out.

It’s exciting and pretty unexpected. Nobody expects or knows they’re getting into Harvard. I didn’t think I had perfect SAT scores, how did they even consider me? To receive such an enthusiastic response from Harvard, it’s so encouraging.
If you have any questions regarding Accepted to Harvard  or any other immigration topic,
Please contact LEGiTiGO, today
Posted by LEGiTiGO at 1:02 PM No comments: 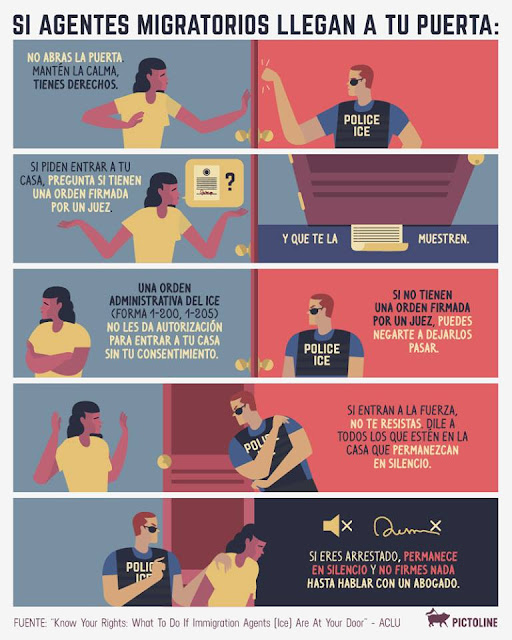 ﻿
Know your rights: What to do if immigration officials show up at your door

Request your "Know your Rights" card

If you have any questions regarding "Know your Rights" or any other immigration topic,
Please contact LEGiTiGO, today
Posted by LEGiTiGO at 1:01 PM No comments: