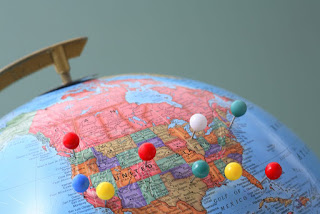 The State Immigration Laws You Should Know About

In the course of the first year under the Trump administration, states and localities have increasingly pursued immigration policies that serve the best interests of their own communities.

While there were extreme differences in these state-level approaches to immigration, overall more states enacted policies designed to protect, support, and welcome their residents, immigrants and nonimmigrants alike.

According to the National Conference of State Legislatures (NCSL), the total number of immigration laws and resolutions passed in 2017 by U.S. states and territories is the highest to date. Specifically, 204 laws and 269 resolutions related to immigration were enacted at the state level last year.

Overall, about 25 percent of enacted bills were budgetary, which has been the case in recent years.

The most significant trend compared to previous years was an increase in the number of bills explicitly addressing enforcement.

This focus is not surprising, given that just days after his inauguration President Trump issued an executive order that signaled efforts forcing local officers to work with federal immigration agents in the identification, detention, and deportation of immigrants.
Posted by LEGiTiGO at 3:11 PM No comments: 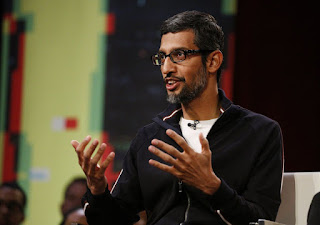 After one year of New Presidency, Google CEO Sundar Pichai sounds a lot different about immigration — and that may be a good thing

Almost exactly one year ago, Google CEO Sundar Pichai stood in front of cheering employees vowing to "stand together" and "never compromise" in opposing the new administration's travel ban.

On Friday, Pichai spoke out again in defense of immigration and of the benefits that immigrants bring to the US. But the India-born CEO, himself perhaps a perfect embodiment of the cause, seemed to have ditched his firebrand approach in favor of a more diplomatic tone.

"It's really important that we don't make it a tech-versus-the-rest-of-the-country issue," Pichai said onstage during a Q&A event in San Francisco, when asked about immigration by the hosts Kara Swisher and Ari Melber.

Matthew Weinberger: Still, after a year of the Trump presidency, Pichai appears to have adapted to the political climate. Instead of "never compromise," Pichai stressed the need for Google to play a "constructive" role in the immigration debate.

"We are very open to constructively reforming the H-1B process," Pichai said, referring to the visas that allow US companies like Google to hire foreign workers.

This softening in tone may not be the capitulation it appears to be, though.

Sure, as a publicly owned company, Google has a responsibility to its shareholders to get on with business, and it would be unrealistic to expect Google to go to the mat on any issue that doesn't directly affect its bottom line.

But Pichai's real message seemed to be that Silicon Valley needed to be smarter to win this battle.

Posted by LEGiTiGO at 4:29 PM No comments: 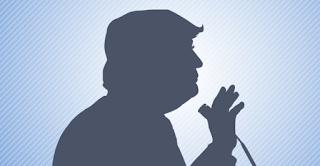 Media outlets around the globe reported on President Trump’s disparaging comments regarding nationals of certain countries. According to the Washington Post, during a discussion with lawmakers in the White House regarding protections for immigrants from Haiti, El Salvador, and African countries on Thursday, the president asked “Why are we having all these people from shithole countries come here?” He suggested instead that the United States should bring more people from countries such as Norway.

At a very minimum these comments are incredibly offensive. But the president’s remarks are also the expression of a deeper conception of what our nation is or should be; in other words, the values upon which our society should be organized.

Racism has deep roots in U.S. immigration policies and laws. While we routinely hear and uncritically accept the mantra that “the United States is a country of immigrants,” that statement should be taken with a grain of salt. Yes, immigration has played a significant role in the formation of the American people.

Yet, a review of the history of U.S. immigration policy reveals the existence of immigration regimes by which individuals from certain countries were explicitly or implicitly denied admission based on their nationality.
Posted by LEGiTiGO at 5:11 PM No comments: 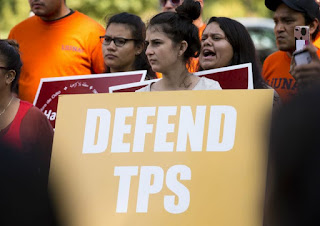 Trump Administration Tells 200,000 Salvadorans To Leave Or Get Deported

WASHINGTON ― The Trump administration will tell about 200,000 Salvadorans who have been living in the U.S. for 17 years or more that they need to get out by September 2019 or face deportation.

The Department of Homeland Security’s announcement on Monday that the administration will end temporary protected status, or TPS, for natives of El Salvador, comes after it did the same for about 50,000 Haitians and 2,500 Nicaraguans, and hinted it may soon eliminate protections for about 57,000 Hondurans. It also comes after President Donald Trump rescinded the Deferred Action for Childhood Arrivals program, or DACA, which granted deportation relief and work permits to nearly 700,000 current recipients.

That means nearly 1 million people currently allowed to live and work in the U.S. will soon be at risk of deportation unless they can find another way to gain legal status.

The Trump administration has indicated for months that it believes the “temporary” in “temporary protected status” has been wrongly overlooked for too long.

TPS for Salvadorans was first established in 2001 after earthquakes devastated the country. Only individuals who could show they had lived in the U.S. since before February 2001 can receive TPS, which allows them to work and live without fear of removal. Congressional Research Service puts the number of Salvadoran TPS recipients at about 260,000, but other experts say it is closer to 200,000 because some have gotten other immigration relief or left the country. 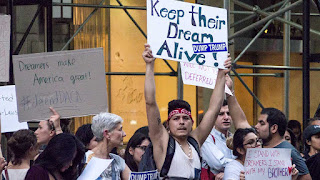 The Impact of DACA Program Repeal on Jobs

Earlier this year, FWD.us issued a report outlining the devastating consequences of a potential repeal of the DACA program, specifically outlining the dramatic and immediate job losses. Since that time, President Trump repealed DACA, urging Congress to pass a legislative fix by March 5th. Although some 22,000 individuals will already have lost DACA by that date, March 6th is when the number of DACA recipients losing work authorizations and protection from deportation will take a sharp and dramatic upturn.

The following report further details the escalating job losses that will occur beginning on March 6th and continuing for two years until all of the nearly 800,000 DACA recipients are prevented from participating in the workforce and subject to deportation.  Specifically, this report looks at the job loss impact between March 6th and November 6th, the first 9 months when all DACA recipients will be barred from renewals. The findings reinforce the devastating consequences a repeal would inflict on DACA recipients and their families, as well as the dire, far-reaching consequences to communities across the country, to employers, and to the American economy across all regions and sectors.

This report specifically finds that a total of nearly 300,000 DACA recipients, 1,700 per business day, will be removed from the workforce between March 6th and November 6th.

In total, nearly 700,000 individuals who are currently employed and contributing as a productive part of the American workforce would be stripped of their ability to work and could be fired over the course of the next two years.,

Posted by LEGiTiGO at 3:35 PM No comments: