U.S. - MEXICO TO OPEN FIRST NEW RAIL LINK IN OVER A CENTURY.

AUSTIN, Texas: The United States and Mexico, which have nearly US$600 billion in annual trade,
will launch on Tuesday the first new rail link between the two countries in more than a century,
in the Texas border city of Brownsville, officials said. The West Rail Bypass International
Bridge will connect Brownsville with Matamoros, its neighbouring city across the border,
and will carry freight between the two countries, the US Commerce Department said.
will create more jobs. 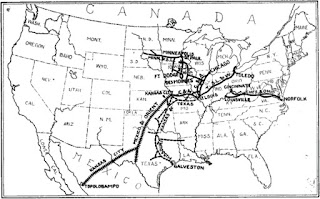 Posted by LEGiTiGO at 8:15 AM No comments:

MARK ZUCKRBERG HAS A MESSAGE FOR ALL AMERICAN:
UNFOLLOW DONALD TRUMP.

FWD.us's statement reads as a retort to Trump's first policy paper on immigration
reform, in which he refers to Florida Senator Marco Rubio as "Mark Zuckerberg's
personal senator, " implying Rubio takes his immigration policy cues from the
Facebook co-founder. Here's what the FWD.us post says about the consequences
of mass deportation:

"Deporting 11.5 million people would cost U.S. taxpayers $400 to $600 billion dollars,
and would take at least 20 years to complete. Even worse, this mass deportation would
reduce our GDP by $1.7 trillion--over 5 percent. Many industries would be hit hard,
others--like agriculture, construction and hospitality--would be devastated."
Posted by LEGiTiGO at 9:33 AM 1 comment:


INDIAN IMMIGRANTS IN THE UNITED STATES

Indian migrants began arriving in the United States as early as 1820. Though few in number at the time, the Indian population has surged since the 1990s to become the second-largest immigrant group in the country after Mexicans, and ahead of those born in China, the Philippines, and Vietnam. As of 2013, more than 2 million Indian-born immigrants resided in the United States, accounting for 4.7 percent of the 41.3 million foreign-born population.

Similar to early Chinese and Japanese immigrants, Indian arrivals in the 19th century were largely unskilled and uneducated farmers. Most came to work in agriculture in California. The restrictive Immigration Acts of 1917 and 1924, which effectively banned immigration from Asia, brought the already low levels of migration from India to a halt. As of 1960, there were only 12,000 Indian immigrants in the United States, representing less than 0.5 percent of the 9.7 million foreign-born population at the time. 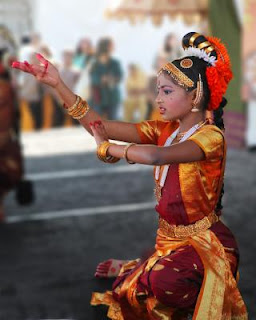