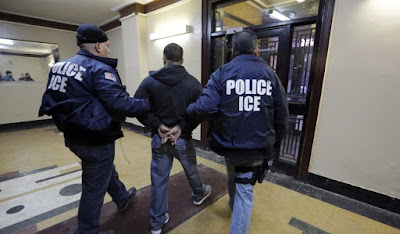 My brother, who is from El Salvador, was recently picked up by ICE. He has no papers in this country, and is young and unmarried. We expect he will have to go back to our country, but how quickly will this happen?
Answer:
Even if it is true that your brother has no choice but to leave the U.S., how soon this happens depends on a number of factors, such as:

•Whether he has been ordered removed before. If so, the immigration authorities
can simply act on that previous order of removal and send him back to El Salvador
right away.

•How long he has been in the United States. If it is for fewer than two years,
he may be subject to “expedited  removal,” meaning that he can be deported
very quickly without a hearing before an immigration judge. If, on the other hand,
he has been in the U.S. for ten or more years, has been of good moral character,
and can show that his deportation would cause “exceptional and extremely unusual
hardship” to a qualifying relative(s) who is (or are) U.S. citizens or lawful permanent
residents, he may qualify for “cancellation of removal” or a green card.
•How far from the U.S. border he was when picked up. If he was within 100 miles,
and cannot show that he entered the U.S. more than less than 14 days before the
arrest date, he may also be subject to expedited removal, and will not
receive a hearing.
•Whether he fears persecution or torture in El Salvador. If so, he might avoid
the effects of expedited removal, and be able to present a case for asylum,
withholding of removal, or Convention Against Torture relief before an immigration
judge. See “Asylum & Refugee Status” for more information on this.
•Whether he would prefer to leave voluntarily, without the hassle of further proceedings.
See “Voluntary Departure: Who Is Eligible?” for more information on this option,
which avoids the effects of a removal order, such as a long-term bar to future U.S.
immigration.
•Whether he is placed into removal proceedings before an immigration judge. If so,
see “Judge's Decision in Immigration Court: How Long It Will Take to Get” for
further analysis of the likely timing. As you can see, dealing with deportation
proceedings is a highly complex area of immigration law, and getting your brother
in contact with an experienced immigration attorney would be well worth your while.

Posted by LEGiTiGO at 5:57 PM No comments: IMMIGRATION RAIDS WON'T FIX BROKEN SYSTEM
That's the Obama administration's ominous message to Central American women and children who may be in the United States illegally. On Thursday, Reuters reported that the government soon plans to start a 30-day "surge" of immigration raids, to remove families that the administration says did not show up for their court appearances or who have defied orders to leave the country. These raids are meant to deter other Central Americans from making the dangerous journey north.
These raids — planned in response to the doubling of the number of Central American "family units" (women and children) apprehended at our southern border -- reflect a deeply misguided strategy for immigration enforcement. The Obama administration is making targets of women and children who should be protected, not punished. The raids against them will sow distrust and fear in all immigrant communities -- while doing absolutely nothing to help fix our broken immigration system.
To be clear, these Central American mothers and children are a unique subclass of undocumented migrants. Unlike many undocumented immigrants, they are not coming here to work — they are fleeing brutal violence in their home countries. Nor are they sneaking across the border; many cross openly and then present themselves to Border Patrol agents in the hopes that they can make a claim to stay. But instead of viewing them as potential refugees or asylum seekers, the Obama administration simply wants to send them back to fend for themselves.

Posted by LEGiTiGO at 2:18 PM No comments: 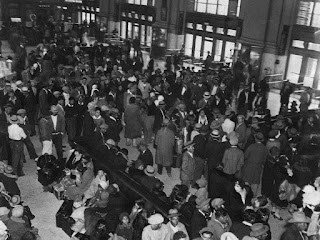 The Bracero Program, which brought millions of Mexican guest workers to the United States, ended more than four decades ago. Current debates about immigration policy-including discussions about a new guest worker program-have put the program back in the news and made it all the more important to understand this chapter of American history. Yet while top U.S. and Mexican officials re- examine the Bracero Program as a possible model, most Americans know very little about the program, the nation's largest experiment with guest workers. Indeed, until very recently, this important story has been inadequately documented and studied, even by scholars.

The Bracero Program grew out of a series of bi-lateral agreements between Mexico and the United States that allowed millions of Mexican men to come to the United States to work on, short-term, primarily agricultural labor contracts. From 1942 to 1964, 4.6 million contracts were signed, with many individuals returning several times on different contracts, making it the largest U.S. contract labor program. An examination of the images, stories, documents and artifacts of the Bracero Program contributes to our understanding of the lives of migrant workers in Mexico and the United States, as well as our knowledge of, immigration, citizenship, nationalism, agriculture, labor practices, race relations, gender, sexuality, the family, visual culture, and the Cold War era.

The Bracero Program was created by executive order in 1942 because many growers argued that World War II would bring labor shortages to low-paying agricultural jobs. On August 4, 1942 the United States concluded a temporary intergovernmental agreement for the use of Mexican agricultural labor on United States farms (officially referred to as the Mexican Farm Labor Program), and the influx of legal temporary Mexican workers began. But the program lasted much longer than anticipated. In 1951, after nearly a decade in existence, concerns about production and the U.S. entry into the Korean conflict led Congress to formalize the Bracero Program with Public Law 78.

The Bracero Program was controversial in its time. Mexican nationals, desperate for work, were willing to take arduous jobs at wages scorned by most Americans. Farm workers already living in the United States worried that braceros would compete for jobs and lower wages. In theory, the Bracero Program had safeguards to protect both Mexican and domestic workers for example, guaranteed payment of at least the prevailing area wage received by native workers; employment for three-fourths of the contract period; adequate, sanitary, and free housing; decent meals at reasonable prices; occupational insurance at employer's expense; and free transportation back to Mexico at the end of the contract. Employers were supposed to hire braceros only in areas of certified domestic labor shortage, and were not to use them as strikebreakers. In practice, they ignored many of these rules and Mexican and native workers suffered while growers benefited from plentiful, cheap, labor. Between the 1940s and mid 1950s, farm wages dropped sharply as a percentage of manufacturing wages, a result in part of the use of braceros and undocumented laborers who lacked full rights in American society.

Posted by LEGiTiGO at 9:57 AM No comments: 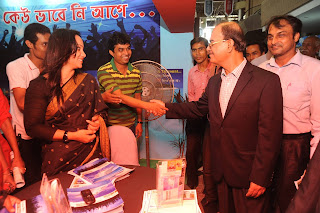 I went to medical school in India and I’ve been accepted into a residency program at a hospital in Florida. If I come to the U.S. on a J-1 visa to do my residency, can I stay in the U.S. to work after my residency is done?

J-1 visas are temporary. All temporary visas require you to return home after the purpose of your stay in the U.S. is finished. So, to extend your time in the U.S. after your residency is done, you would have to qualify for some other visa or status. The problem with that is, there’s another legal requirement that applies to persons who have received graduate medical education or training on a J-1 visa: As a general rule you can’t get certain types of visas or status until you’ve left the U.S. and lived in your home country for at least two years.


This home-return requirement exists to make sure your country benefits from your medical training in the United States. It prevents you from immediately getting any type of “immigrant” visa or “adjusting status” to live and work in the U.S. as a permanent resident. You also can’t stay in the U.S. to work on an “H” visa (used by a lot of skilled workers) or an “L” visa (used by international companies that transfer managers and other key employees to U.S. operations).

You do have some possible ways to stay in the U.S. after your J-1 residency is done. If you qualify for another type of temporary visa, such as “O” (for persons with extraordinary abilities), you can stay in the U.S. under the terms of that visa.

Also, it is possible to ask the U.S. government not to apply the two-year home return requirement to you. There are four different types of “waivers” of the two-year home return requirement that medical residents on a J-1 visa can get. If the government grants you a waiver, you can apply for any kind of permanent or temporary visa or status to extend your stay.

First, you can get a waiver if a U.S. federal government agency requests that you be allowed to stay. (The agency might want you to work there.) Second, you will not have to go back to your home country if you can show that you would face persecution there. Third, you won’t have to leave the U.S. if doing so would cause exceptional hardship to a spouse or child who is a U.S. citizen or U.S. legal permanent resident.

Finally, the two-year home return requirement can be avoided if you get what is known as a “Conrad 30” waiver. These are available only if a U.S. state requests one on your behalf and your home country doesn’t object. The waiver will be granted, and you’ll be given an “H-1B” visa, only if you agree to work full-time in the public interest at a health facility or health care organization for at least three years, usually in a part of the state that has a shortage of doctors. Each state can give out only 30 of these waivers per year.
Posted by LEGiTiGO at 4:06 PM No comments: