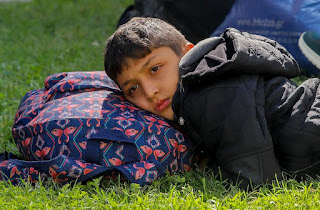 2018 proved that the only thing you can predict about the Trump administration’s immigration policy is it’s unpredictable. On Wednesday, two separate court decisions dealt blows to the Trump administration’s efforts to deter asylum seekers. On Thursday, the administration announced an unprecedented new plan to force asylum seekers to remain in Mexico, overturning current practices in use for decades And on Friday, the president held Congress hostage as he continued to threaten to shut down the government over $5 billion in border wall funding

The most recent rollercoaster began on Wednesday morning when a federal court in Washington, DC struck down part of former Attorney General Jeff Session’s efforts to prevent victims of domestic violence or gangs from receiving asylum. The ruling prevents the administration from applying the new limits at the credible fear interview stage, the initial screening for many asylum seekers apprehended at the border. However, the ruling did not prevent Sessions’ limits on asylum from being applied in affirmative asylum interviews or immigration court proceedings.

Later on Wednesday, a federal judge in San Francisco issued a preliminary injunction in a case challenging the Trump administration’s asylum ban for individuals who entered the United States between ports of entry. The injunction extends a previous order which had halted the plan only days after it went into effect. On Friday afternoon, the Supreme Court voted 5-4 to reject the Trump administration’s request to put the decision on hold, a further blow to the asylum ban.

Posted by LEGiTiGO at 8:54 PM No comments: 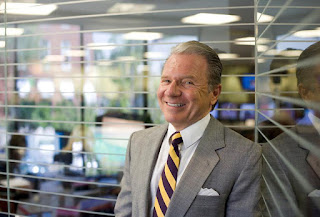 Thomas Peterffy is a Hungarian-born American billionaire businessman. He is the founder, chairman, CEO, and the largest shareholder of Interactive Brokers. Peterffy worked as an architectural draftsman after emigrating to the United States, and later became a computer programmer.

Thomas Peterffy was born in the basement of a Budapest hospital on Sept. 30, 1944. His mother had been moved there because of a Soviet air raid. After the Soviets liberated Hungary from Nazi occupation, Hungary became a satellite state, laboring under a different kind of oppression: communism. Peterffy and his family, descended from nobles, lost everything. "We were basically prisoners there," he says. As a young man Peterffy dreamed about being free from that prison--in America.

At the age of 20 he hatched an escape plan. At the time Hungarians were allowed short-term visas to visit family in West Germany, and he took advantage of this. When his visa expired, like millions who have immigrated to the U.S. illegally in recent years, he didn't go back home. Instead he left for the U.S. Peterffy landed at John F. Kennedy International Airport in New York City in December 1965. He had no money and spoke no English. He had a single suitcase, which contained a change of clothes, a surveying handbook, a slide rule and a painting of an ancestor.

Nonimmigrant status. This status is for people who enter the U.S. on a temporary basis – whether for tourism, business, temporary work, or study. Once a person has entered the U.S. in nonimmigrant status, they are restricted to the activity or reason for which they were allowed entry. 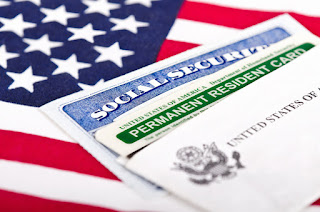 What is a lawful immigrant?

Posted by LEGiTiGO at 4:15 PM No comments: 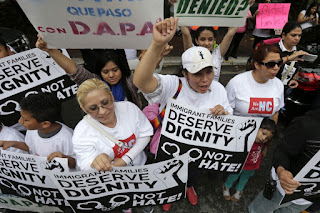 Over the past decade, Latinos have been buffeted by two major forces: a record number of immigrant deportations and the housing foreclosure crisis. Yet, prior work has not assessed the link between the two. We hypothesize that deportations exacerbate rates of foreclosure among Latinos by removing income earners from owner-occupied households. We employ a quasi-experimental approach that leverages variation in county applications for 287(g) immigration enforcement agreements with Immigration and Customs Enforcement and data on foreclosure filings. 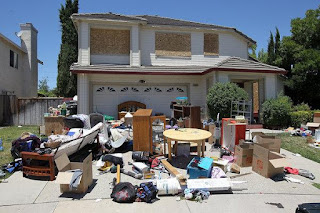 These models uncover a substantial association of enforcement with Hispanic foreclosure rates. The association is stronger in counties with more immigrant detentions and a larger share of undocumented persons in owner-occupied homes. The results imply that local immigration enforcement plays an important role in understanding why Latinos experienced foreclosures most often. The reduced home ownership and wealth that result illustrate how legal status and deportation perpetuate the racial stratification of Latinos.

Posted by LEGiTiGO at 8:52 PM No comments: 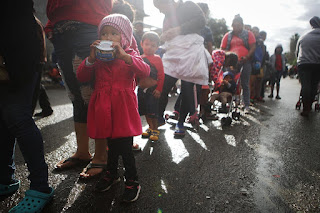 
A group of migrant women in the caravan announced Thursday that it would begin a hunger strike to protest the slow pace at which the women are being allowed to apply for asylum, as officials from the United States and Mexico are set to meet this weekend to negotiate a plan to process their claims.

The fast, which has no set end date, represents a dramatic escalation from the migrants, most of whom have been waiting in Tijuana, Mexico, to cross into the United States through official ports of entry for weeks.
The protest raises the stakes for the governments of the United States and Mexico, which have been engaged in a back-and-forth about how to process migrants' asylum claims. On Sunday, President Donald Trump said on Twitter that Mexico would essentially act as a waiting room for migrants as their applications are processed in the United States, though Mexican officials

Fifteen women are set to begin striking, and they expect the number will increase gradually. The women who led the group said they want the governments to expedite humanitarian visas for them, to increase the number of migrants being allowed to cross into the United States and to halt deportations against migrants.

"There is nothing worse than to live on the run, withstanding hunger," one of the women said in a news conference livestreamed by immigrant rights group Pueblo Sin Fronteras. "We are not afraid."

Posted by LEGiTiGO at 8:21 PM No comments: