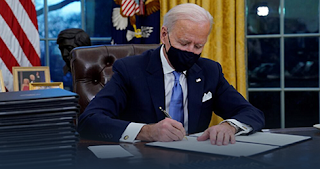 Here’s What You Need to Know.

On his first day in office, President Biden took significant steps towards undoing the harm of the Trump administration’s immigration policies—and reforming our punitive and inhumane enforcement system.

In response to years of work by immigrants and advocates, Biden quickly signed a series of executive actions related to immigration. Here is a summary of eight immigration-related changes the new administration just implemented:

An executive order and a related Department of Homeland Security (DHS) memo rescinding Trump’s enforcement policy that indiscriminately targeted anyone who could be deported. Starting on February 1, interim priorities will focus enforcement on people suspected of terrorism, most people who have arrived to the United States since November 1—and some people who are currently incarcerated and determined to be a public safety risk.

It will be important to watch how these interim enforcement priorities are applied in practice, especially given the United States’ history of racism in the criminal justice system and anti-terrorism initiatives and excessively harsh immigration consequences for many crimes.

2. 100-Day moratorium on most deportations.

A DHS memo implementing a 100-day moratorium on most deportations, starting on January 22. There are a few narrow categories of people who will still be deported, including people who have recently arrived to the United States and people who are suspected of terrorism. The State of Texas has filed a lawsuit against the moratorium claiming it violates agreements of questionable legality made by the Trump administration in its final days.

During the moratorium, DHS is required to review its enforcement practices and make recommendations for new priorities. Additionally, the Biden administration has not yet specified what will happen to the approximately 15,000 people currently in Immigration and Customs Enforcement detention. It is essential that further plans include an end to our country’s cruel immigration detention system.

For more Actions visit www.legitigo.com
Posted by LEGiTiGO at 5:59 PM No comments: 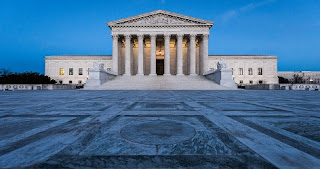 The US Supreme Court on Monday heard oral argument in Pham v. Guzman Chavez, which addresses the detention of aliens who are both in the process of removal from the US and subject to a reinstated removal order.

The case stems from a dispute over whether a group of eight non-citizen immigrants, initially detained by the US government for illegal entry, could seek release via bond hearings before immigration judges. A further complication arose when examining the US government’s actual statutory authority in detaining immigrants seeking to overturn deportation decisions after reinstated removal orders—removal orders which are reinstated after an immigrant lawfully re-enters the US.

The case revolves around two sections of the 1952 Immigration and Nationality Act, which significantly modified federal law as it relates to immigration and migration policy in the US. Typically, noncitizens with reinstated removal orders are swiftly removed by the government. However, immigrants may challenge the removal orders with “withholding claims,” which, if granted, bar their removal as a means of protection from feared persecution or torture if they return to their home countries.

In the lower US District Court, the government argued that Section 1231 of the Act automatically subjected the immigrants to “mandatory detention.” The immigrants argued that another section of the Act, Section 1226, allowed them to appear in front of immigration judges. The court determined that the group was detained under Section 1226, ruling for the immigrants. On appeal, the US Court of Appeals for the Fourth Circuit affirmed the ruling, concluding that the petitioners were entitled to individualized bond hearings. The court held that the Act requires that plaintiffs receive individual bond hearings, where a judge determines if they pose a “flight risk.” If the judge makes no such finding, the government must release the individual from detention.

Matthew Albence, in his official capacity as Acting Director of US Immigration and Customs Enforcement (ICE), filed a petition with the Supreme Court in January 2020.

Posted by LEGiTiGO at 5:31 PM No comments: 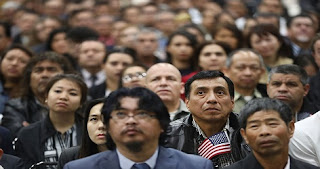 This article is part of the Moving Forward on Immigration series that explores the future of immigration in the aftermath of the 2020 presidential election.

The Biden administration will soon lead a vibrant nation of immigrants—a nation that includes millions of noncitizens with deep ties to the United States who are at risk of deportation.

This important and diverse population includes immigrants who have lived in the United States for many years, have close family in this country, and make meaningful contributions to their communities, the workforce, and the economy.

Until we have a legislative solution, the administration must use all available tools to provide stability and protection for long-residing immigrants and their families.

Temporary Protected Status (TPS) is a legal status available to people from certain designated countries suffering from natural disasters, armed conflict, or other extraordinary circumstances. People living in the United States at the time their country is designated for TPS may apply for protection, which includes temporary permission to stay and work authorization.

The Biden administration should issue new designations for those countries that the Trump administration sought to terminate—El Salvador, Haiti, Honduras, Nepal, Nicaragua, and Sudan.

While court orders have delayed the termination of TPS for these countries, TPS holders will be in legal limbo unless the new administration acts. 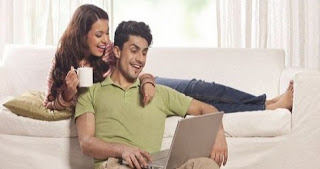 Posted by LEGiTiGO at 7:24 PM No comments: