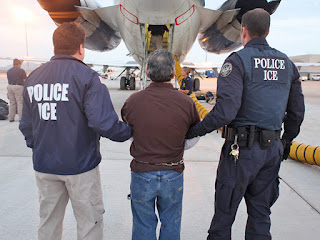 Grounds of Deportability: When Legal U.S. Residents Can Be Removed?

Although people who carry nonimmigrant visas or green card holder have the right to be in the United States, such rights depend entirely on them following certain rules and avoiding certain types of legal violations. The U.S. Immigration and Nationality Act (I.N.A.) sets forth numerous grounds upon which a non-citizen may be deported (removed) back to the person’s country of origin.

This article discusses the reasons why a permanent resident who isn’t considered an “arriving alien” (one who left the country and was put into removal proceedings upon return) can be deported. Other things can get an permanent resident “arriving alien” deported. Such persons, even if they are let back into the country, are considered to be seeking readmission to the United States, so any reason for keeping people out of the U.S. in the first place may make them “inadmissible” and deportable. For a discussion of the grounds of inadmissibility

Only after an immigrant has successfully become a U.S. citizen, is he or she safe from the grounds of deportability. U.S. citizens cannot be removed unless they used fraud to gain their green card or citizenship.

Briefly summarized, a person may be deportable from the U.S. if he or she:

•was inadmissible at time of U.S. entry or of adjustment of status, or violates the terms of his or her visa, green card, or other status. (Permanent residents who have been absent from the United States for fewer than 180 continuous days don’t have to worry about admissibility upon their return except if they have committed certain crimes).

•had conditional permanent resident status (applicable to certain spouses, sons, and daughters of U.S. citizens as well as investor/entrepreneurs, with their spouses, and children) but had this status terminated.

•before, during, or within five years of the date of any U.S. entry, knowingly helped smuggle any other alien trying to enter the United States.

•has been convicted of an aggravated felony at any time after U.S. admission.


If you have any questions regarding Grounds of Deportability or any other immigration topic,
Please contact LEGiTiGO, today 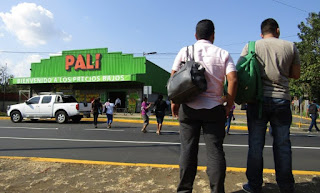 What does the end of the TPS mean for Nicaragua?

The TPS is a Temporary Protection status that Congress created in 1990 for Central American countries that had conflicts of war or natural disasters in which this temporary humanitarian program guaranteed that thousands of Nicaraguans could live and work to send remittances to their families because of the devastating hurricane. Mitch in 1998, these people should have sought immigration assistance to legalize their status and know that this program could come to an end.

For Nicaragua it ends on January 5, 2018 and the secretary of the Department of National Security of the United States said that there will be a period of 12 months ending on January 5, 2019, in order to guarantee the orderly return of the Nicaraguan citizens who were hosted under the TPS.

What are the actions that a Nicaraguan can take in the United States before this legal action of the TPS for Nicaragua?

The first step would be to qualify for an opportunity for legal alternative immigration status if eligible.

What work options are there for the Nicaraguans that had the TPS?

In Nicaragua there are more than 13 Call centers and in constant time open new campaigns this would be an excellent way of working for many compatriots who master the English language and an excellent workforce for the Call centers that the current market does not meet their demands for workers.

Other ways to generate income would be that many of these citizens start businesses so they would have a way of working and even generate jobs in their departments or municipalities.

Another market that would be revitalizing is the purchase of houses in purchase or rent in Nicaragua, this will benefit a lot the new developers that offer affordable housing to these Nicaraguans who will demand a home to live in Nicaragua.

Posted by LEGiTiGO at 4:49 PM No comments: 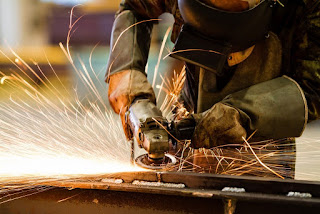 How Immigrants Helped Boost American Jobs in the Midwest

At a time when anti-immigrant rhetoric and policies seem to be growing, immigrants in the United States continue to do what they have done for over a century—bring unique and vital experiences to the country that support our economy and society.

States in the Rust Belt region of the United States, for example, owe much of their economic and population growth in recent years to immigrants, according to a recent report by the Great Lakes Metro Chambers Coalition and New American Economy (NAE), a non-partisan coalition of mayors and business leaders from across the United States. Research has repeatedly found that population decline, due to aging and native residents moving away, hurts local economies by shrinking the tax base and hampering business and job creation.

Many cities in the Great Lakes region—comprising Wisconsin, Illinois, Indiana, Michigan, Ohio, Pennsylvania, and New York (excluding New York City metro area)—have experienced this economic and population decline. Whereas the U.S. population grew 14.2 percent between 2000 and 2015, the overall population of the Great Lakes region only increased by 4.3 percent during that time. And yet much of this growth was driven by immigrants.

Significantly, foreign-born residents accounted for half of the total population growth in the Great Lakes region between 2000 and 2015. Some metro areas would have experienced significant population declines if not for immigrants; Detroit and Pittsburg, for example, would have lost over 200,000 and 100,000 people, respectively, without the growth of the foreign-born population in the metro area, according to the NAE report New Americans and a New Direction: The Role of Immigrants in Reviving the Great Lakes Region.

Posted by LEGiTiGO at 4:23 PM No comments: 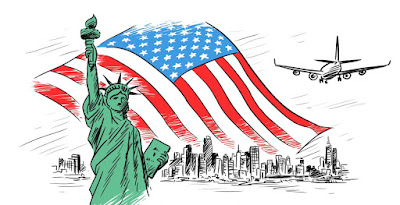 Refugee Admissions Resume but Government Will Still Restrict Some Countries

With its current refugee ban formally expiring, this week the Trump administration announced it will resume the U.S. Refugee Admissions program—with one major caveat: refugees from 11 countries are generally barred from the country for an additional 90-day period.

Although the administration did not name the 11 countries subject to additional review, they appear to be Egypt, Iran, Iraq, Libya, Mali, North Korea, Somalia, South Sudan, Sudan, Syria, and Yemen, according to news outlets. With the exception of North Korea and South Sudan, these are all Muslim-majority countries.

In addition, new screening requirements and refugee restrictions are being implemented on the refugee program, as outlined in an October 23 memo sent to the White House by Secretary of State Rex Tillerson, acting Homeland Security Secretary Elaine Duke, and National Intelligence Director Dan Coats. The document suspends the admission of family members of refugees already admitted to the United States until “additional security measures” are implemented.
All refugees applying for resettlement will now be subject to intense screening measures effective immediately—even though refugees are already heavily vetted prior to their admission to the U.S. resettlement program. The additional requirements include providing specific addresses going back 10 years (instead of the current five years) for all places where they have lived for more than 30 days and listing a phone number and email address for all relatives on their family tree, rather than the current process of only requiring this information for relatives in the United States.

The burden of providing this information is significant for individuals and families who may have been on the move for several years, fleeing war and persecution.
Posted by LEGiTiGO at 6:08 PM No comments: