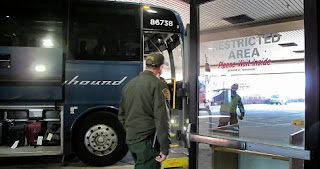 Greyhound, the U.S.’s largest bus company, said on Friday that it will stop allowing Border Patrol agents without a warrant to board its buses to conduct routine immigration checks.

Greyhound Lines will no longer allow Border Patrol agents to conduct immigration checks on its buses without warrants, the company announced on Friday — one week after a leaked government memo revealed that agents could not board buses without consent.

The memo appeared to take Greyhound by surprise. For years, the company, the largest operator of intercity buses in America, had been allowing border agents to board its vehicles without warrants, citing a law that it said it didn’t agree with.

“C.B.P. searches have negatively impacted both our customers and our operations,” the company said in 2018, referring to Customs and Border Protection, the Border Patrol’s parent agency. “Greyhound does not coordinate with C.B.P., nor do we support these actions.”

But in the leaked memo, which was first reported by The Associated Press, the Border Patrol chief confirmed that agents were prohibited from boarding buses and questioning passengers without warrants or the company’s consent.
Posted by LEGiTiGO at 8:11 PM No comments: 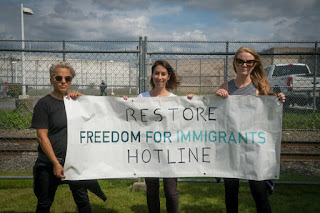 Immigration Restrictions Extend to Nearly 7% of the Entire World


The President issued the fourth travel ban of his presidency on Friday. This ban comes almost three years to the day after the first one brought thousands of protesters to airports around the country.

People from Nigeria, Eritrea, Myanmar, and Kyrgyzstan are now barred from immigrating to the United States. Those from Sudan and Tanzania will also be barred from the diversity visa program under the new ban. In total, people from 13 countries now face immigration restrictions based on where they were born.

Individuals from the newly affected countries will still be able to travel to the United States on other visas, such as student or tourist visas. But they cannot, however, become permanent U.S. residents.

Although the ban is supposedly based in national security, it only blocks those who had ties to the United States strong enough to permanently immigrate. This fact has long undermined the administration’s national security rationales.

This will have the greatest effect on U.S. citizens seeking to bring over family members, including spouses and children. Many Americans fear that they won’t be able to bring over adopted children under the new ban.

As with the last travel ban, some people can apply for waivers that would let them immigrate. But the current waiver process is often criticized as inadequate.
Posted by LEGiTiGO at 6:29 PM No comments: 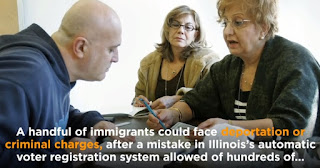 CHICAGO (AP) — The day Margarita Del Pilar Fitzpatrick applied for an Illinois driver's license upended her life. When a clerk offered to register her to vote in 2005, the Peruvian citizen mistakenly accepted, leading to long legal battles and eventually deportation.

A decade and a half later, she struggles to find work at 52, is nearly homeless and hasn't seen two of her three American citizen daughters in years because of a secretary of state's office mishap.
“It has derailed our lives,” she said in a phone interview from Lima. “Immigrants should not be put in this situation.”

A handful of other immigrants could face a similar fate, or criminal charges, after a mistake in Illinois' automatic voter registration system allowed of hundreds of people who identified themselves as non-U.S. citizens to register. Sixteen cast ballots.

The fiasco in a state with a reputation for election shenanigans triggered a partisan battle, infuriated voter advocacy groups and left immigrant rights activists doing damage control.
“It’s disappointing because the situation could have been avoided,” said Lawrence Benito, head of the Illinois Coalition for Immigrant and Refugee Rights.

Separations at the Border 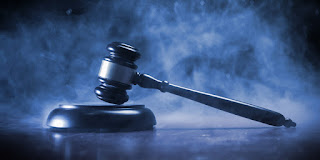 Judge Allows Certain Family Separations at the Border to Continue

The Trump administration received an unfortunate victory in the case against their family separation policy.

On January 13, 2020, Federal Judge Dana Sabraw sided with the government in a lawsuit challenging continued separations at the border. Although the judge ordered an end to most family separations in 2018, he has allowed families to be separated under certain exceptions.

These exceptions have let the practice continue on a smaller—yet still devastating—scale. Over 1,000 children have been separated since the judge’s earlier ruling.

Under the administration’s “zero tolerance” policy, immigrant parents were systematically separated from their children at the U.S.-Mexico border and prosecuted for entering the United States without authorization. The American Civil Liberties Union (ACLU) filed a lawsuit shortly after the policy was announced in April 2018. Judge Sabraw ordered an end to the policy two months later. He also ordered the reunification of the over 2,800 families who had been separated under the policy.
He allowed, however, for separations when there is “a determination that the parent is unfit or presents a danger to the child.”

Since that 2018 decision, thousands of children have been separated. The government relies on different “exceptions” to continue the separations.

In some cases, the government cites the parent’s criminal history or health condition. In others, they have expressed doubts of a legitimate parent-child relationship. They allege criminal history—even if the offense took place years ago and was non-violent. It can be as simple as a traffic citation. In some cases, the parent has not been charged with a crime but is simply suspected of one by the U.S. government.

Posted by LEGiTiGO at 7:39 PM No comments: