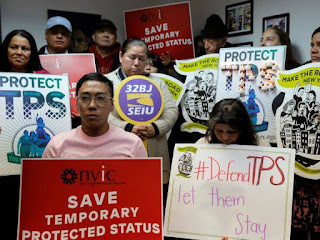 Temporary Protected Status (TPS) is an important humanitarian protection for people who are in the United States when certain natural disasters or civil conflict strike their home countries, making it unsafe for them to return. Despite the fact that conditions in many of these countries have not improved since their nationals received TPS, the U.S. administration recently announced that it is ending protection for several countries. If the people who lose TPS are deported, this could ultimately force hundreds of thousands of people to return to destabilized countries.

A new lawsuit, however, could help some TPS holders who have especially strong connections to the United States qualify for permanent legal status in this country. Given the administration’s decision to terminate these protections, it is especially important that TPS holders have a fair opportunity to apply for another type of legal immigration status if they are eligible.

The lawsuit asks the court to stop immigration officials from denying TPS holders’ applications based on a faulty interpretation of the law and was filed as a class action in New York. The plaintiffs are TPS holders who have applied to be lawful permanent residents based on close family relationships or their employment. 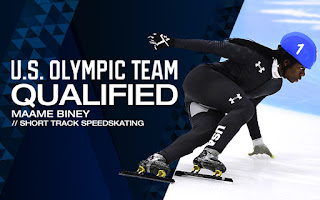 Immigrants Bring Home the Gold for the U.S. Olympics Team

From their meme-worthy Opening Ceremony gloves to some stunning wins on the halfpipe, Team USA has started the 2018 Winter Olympics off with a bang. Early victories in the Pyeongchang, South Korea games would not be possible without this entire group of 242 talented

Americans—including the multiple athletes that have benefited from the United States’ immigration system and have gone on to compete for our country.

It’s not just the United States, either – countries all over the world benefit from having welcoming immigration policies.

Roughly 6 percent—or 178 Olympians—of all athletes in in this year’s games are competing for a country they weren’t born in. In fact, 12 countries are represented by athletes that are exclusively foreign-born, including Nigeria, Tonga, Bermuda, and Thailand.

One of these athletes is Maame Biney, who immigrated to the United States from Ghana at age five. She is the first black woman on the U.S. Olympic speedskating team and has stunned viewers with her agility on the ice.

Biney initially tried out ice skating after moving to the United States but was instructed by a coach to do speedskating instead – even as a child, she was too fast for ice skating. Judging by her successes with Team USA, speedskating obviously won out.

Posted by LEGiTiGO at 4:18 PM No comments: 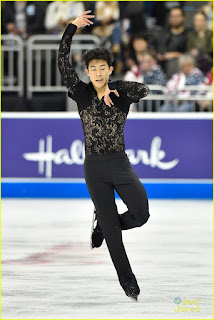 Making it to the Olympics takes passion, hard work, and talent, but it also helps to have a supportive family in your corner too. There's no denying that 18-year-old figure skater Nathan Chen's parents are supporting him every step of the way. Since the Olympian first strapped on a pair of skates at age 3, his parents, Zhidong Chen and Hetty Wang have been encouraging their son to never give up, and their persistence has paid off in a big way for Chen.


At the 2017 U.S. Figure Skating Championships, Chen made history when he became the first skater to ever land five quadruple jumps in one routine. His achievement would be impressive all on its own, but when you factor in the fact that in 2016, Chen suffered a hip injury that left him benched for six months, his performance becomes all the more remarkable. Much like his parents, Chen is proving that his drive to succeed is unwavering.


Chen is a first generation American whose parents immigrated from China in 1988. His father, Zhidong, is a medical research scientist who worked and went to school at the same time, and his mother, Wang, is a medical translator. In an interview with NBC, Chen credits his parents strong example for helping him stay focused at such a young age. When asked what the best piece of advice he had ever received was, Chen said,

"My parents always enforce the idea of never giving up upon all of my siblings and me, and I think that's something that will stick with me my whole life."

Posted by LEGiTiGO at 4:50 PM No comments: 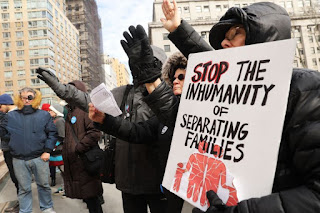 Immigration and Customs Enforcement (ICE) detained a Kansas chemistry professor as he was leaving his front yard to take his seventh-grade daughter to school last week.

Immigration authorities took 54-year-old Syed Ahmed Jamal on Jan. 24 before his family was able to say goodbye to their husband and father who arrived in the U.S. 30 years ago from Bangladesh.
As immigration authorities handcuffed Jamal, his daughter rushed into the house to tell her mother and brother. His wife tried to hug her husband as agents took him away and was told she could be charged with interfering, according to The Kansas City Star.

ICE detains a Polish doctor and green-card holder who has lived in the U.S. for nearly 40 years

Lukasz Niec was 5 years old when his parents brought him and his sister to the United States from Poland. With two suitcases in tow, his parents — both doctors — left behind a country on the verge of social turmoil. It was 1979, about two years before the country’s authoritarian communist government declared martial law.

Niec received a temporary green card and, in 1989, became a lawful permanent resident. He grew up in Michigan, went to medical school, became a doctor, and raised a daughter and stepdaughter.

Niec, now 43, never fathomed that his legal status in the United States would become an issue. With a renewed green card, and nearly 40 years in the country, his Polish nationality was an afterthought for Niec, his sister told The Washington Post. He doesn’t even speak Polish.

But on Tuesday morning, immigration authorities arrested Niec at his home, just after he had sent his 12-year-old stepdaughter off to school. Niec, a physician specializing in internal medicine at Bronson Healthcare Group in Kalamazoo, Mich., has been detained in a county jail ever since, awaiting a bond hearing and possible deportation.
Posted by LEGiTiGO at 4:10 PM No comments: