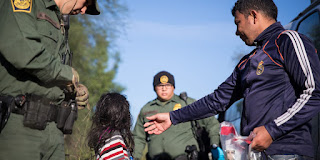 The Ninth Circuit Court of Appeals issued a decision clarifying limits on when federal prosecutors can charge immigrants with illegal entry and reentry into the United States this week.

Under this decision, it will be more difficult for the government to criminally charge immigrants who attempt to enter the United States outside a port of entry in order seek asylum. Hundreds of prior convictions are also now potentially invalid.

As the administration has increased illegal entry prosecutions, it has simultaneously created new barriers for asylum-seekers attempting to lawfully enter the U.S., including turning migrants back from ports of entry and requiring asylum applicants to wait in Mexico while immigration judges consider their asylum applications.

The misdemeanor law criminalizing illegal entry, often referred to as Section 1325, covers three separate types of conduct: (1) entering or attempting to enter outside an official port of entry; (2) “eluding” inspection by immigration officers; and (3) entering through fraud. Federal prosecutors were charging migrants with “eluding” inspection – the second prong of Section 1325—in cases where the arrest took place far from a port of entry. The Ninth Circuit Court said prosecutors were wrong – that they can only charge a person with eluding inspection if they were arrested at or near a port of entry. Migrants who cross the border outside of a port of entry must be charged under the first prong of Section 1325 – otherwise, the first prong doesn’t serve any purpose. 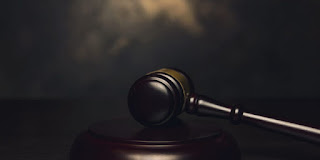 Advocates Seek Information About a Secretive Program That Fast-Tracks Deportations

Since the mid-1980s, immigration courts have operated the Institutional Hearing Program (IHP). The program is designed to quickly deport people serving criminal sentences. Despite how long it’s been in operation, little is known about the IHP. With a lawsuit filed earlier this week, advocates hope to shed light on this inherently secretive, newly-expanded program that raises serious due process concerns.

Under the program, immigration judges can conduct removal proceedings for certain immigrants serving criminal sentences in federal, state, and local correctional facilities. The purported goal of the program is to deport the immigrants as soon as they complete their sentences. But by focusing on expediency, this secretive program undermines the rights of the people it targets for deportation.

Historical data shows that only a tiny fraction of people facing fast-tracked deportation through the IHP have an attorney. This lack of legal assistance exacerbates other problems with the IHP.
Immigrants with criminal convictions—like all immigrants—are entitled to due process in their deportation proceedings. But determining the immigration consequences of criminal convictions is notoriously complicated. Individuals in the IHP are often required to present complex legal arguments without the help of a lawyer to defend against deportation.

The IHP operates almost exclusively through a video teleconference (VTC) system. This makes the process even more difficult as the system is often plagued by technical failings. These immigrants never have the chance to see an immigration judge in person. Instead, they are often left to defend themselves without the help of an attorney, via a faulty video system. 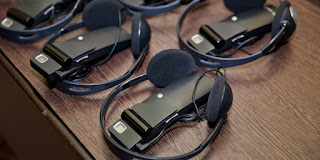 Every day, hundreds of non-English speaking immigrants show up to court for initial hearings where they will see an immigration judge for the first time. But due to a new policy, many immigrants will lose the help of dedicated court interpreters to ensure they understand what’s going on in the hearing. Instead, in-person simultaneous interpreters will be replaced with orientation videos and telephonic interpretation.

According to news reports, the policy was officially announced to judges on Thursday. The policy is set to begin nationwide on the week of July 15. However, it has not been publicly confirmed by the Executive Office for Immigration Review, the agency which oversees the immigration courts. It was reportedly previewed to some immigration judges in late June and first revealed by Paul W. Schmidt, a former immigration judge who reports on developments in the courts.

All immigrants in removal proceedings have a right to interpretation, but how that interpretation is carried out varies from place to place. In most locations, interpreters sit next to immigrants when they appear in front of a judge, translating from the immigrants’ language to English and vice versa. By being in court, interpreters can quietly ask follow-up questions without breaking the flow of the conversation, take body language into account, and provide high quality interpretation.

Under the new policy, in-court interpreters will not be available for initial hearings. Instead, immigrants who don’t speak English will watch a video orientation in “multiple languages,” and will not be permitted to ask questions about the video.

Posted by LEGiTiGO at 7:34 PM No comments: 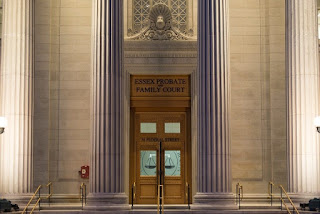 In Massachusetts, U.S. Immigration and Customs Enforcement (ICE) officials are barred from making civil arrests in courthouses. Such arrests have a chilling effect on the administration of justice—those who fear civil arrest in court are much less likely to seek a court’s help for resolving disputes.

Since 2018, an ICE policy has been encouraging its officers to arrest immigrants in state courthouses.

This policy discouraged immigrants from attending court hearings and led to chaos at Massachusetts’ courts, where the problem was acute.

On June 20, a federal court in Massachusetts ordered ICE to stop arresting noncitizens who attend
Massachusetts state courts on official business. The decision was a major win for immigrants in Massachusetts, as well as the Massachusetts public defender agency and prosecutors with the Middlesex and Suffolk County District Attorneys’ offices, who formed an unlikely partnership to file this lawsuit in May 2019.

Victims of domestic violence were too afraid to file protective orders against their abusers. Investors defrauded out of over $200,000 in a financial scam feared asking a court to hold the scammers accountable due to the possibility of arrest. A woman whose employer did not pay overtime, stole her wages, and then fired her when she missed work because her house burned down could not seek help from a court because of the threat of ICE arrest.

Posted by LEGiTiGO at 6:26 PM No comments: