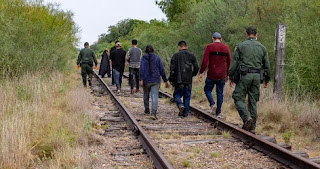 Asylum seekers got a major win in a lawsuit challenging the Department of Homeland Security’s (DHS) illegal policy of turning back asylum seekers at ports of entry. In Al Otro Lado v. Wolf, a federal judge decided that the case may proceed as a class action.

This decision means that the named plaintiffs—14 individuals and an organization that assists asylum seekers—can seek relief for both themselves and the thousands of asylum seekers that have been turned away since 2016 or will be turned away in the future. In two ports of entry alone, over 57,640 asylum seekers were turned back in 2018 and 2019.

Asylum seekers’ victory in this case is a welcome development in the face of an otherwise grim situation at the U.S.-Mexico border.

Expelling Asylum Seekers From the Border

The Trump administration has used the COVID-19 pandemic as an excuse to impose a near-complete shutdown of the U.S.-Mexico border. At the same time, the administration has rapidly “expelled” thousands of unaccompanied minors in the name of public health, even when they test negative for COVID-19.

Over 105,000 adults and children have been expelled through July. Hundreds of those who were not expelled have been sent back to Mexico to wait an unknown period of time for their U.S. immigration court hearings under the indefinitely-suspended “Migrant Protection Protocols.”
Posted by LEGiTiGO at 9:29 PM No comments: 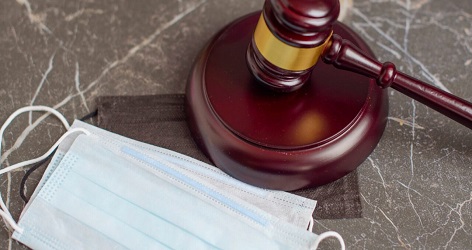 As the COVID-19 pandemic continues to spread throughout the United States, immigration courts around the country remain in turmoil.

The Executive Office for Immigration Review (“EOIR”) initially postponed all non-detained hearings when lockdowns began in March. However, EOIR refused to close all courts. Hearings for detained immigrants and unaccompanied children continued, despite the risks. Now, nearly five months later, EOIR still has no public plan to limit the spread of COVID-19 as it slowly begins to reopen courts around the country.

Immigration Courts Reopen Across the U.S.

Since then, courts have reopened for hearings in Boston, Dallas, Las Vegas, Hartford, New Orleans, Cleveland, Philadelphia, Newark, Baltimore, Detroit, and Arlington. However, following the rise in COVID-19 cases in Texas, the Dallas immigration court was open for less than a week before shutting again. It remains closed.

Posted by LEGiTiGO at 6:02 PM No comments: 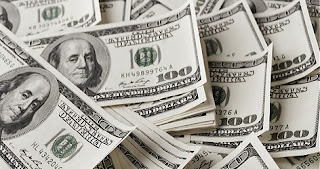 USCIS Fee Hikes Will Go Into Effect for These Applications


U.S. Citizenship and Immigration Services (USCIS) released an advance copy of a final rule on July 31 that will impose significant fee increases across many facets of the legal immigration system. These changes include an astronomical 80% increase to the cost of becoming a U.S. citizen and a first-time fee for asylum applicants. The rule is expected to be published in the Federal Register on August 3.

With this new rule, the Trump administration demands that immigrants, vulnerable individuals, and American businesses take the brunt of USCIS’ financial mismanagement. This could make the legal immigration system inaccessible to millions of people.

These applications will have increased fees starting on October 2:

Applicants previously paid one fee for all the forms but will now have to pay for each form separately. This includes a request for work authorization and travel documents that people file so they can work and travel while their application is being processed. In total, the agency will charge an extra $1,150 to apply for a green card and those other documents. That brings the cost from $1,760 to $2,910.
Posted by LEGiTiGO at 10:05 PM No comments: