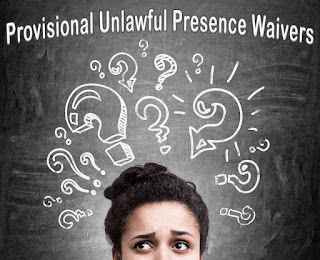 Foreign nationals who are not eligible to adjust their status in the United States must travel abroad and obtain an immigrant visa. Individuals who have accrued more than 180 days of unlawful presence while in the United States must obtain a waiver of inadmissibility to overcome the unlawful presence bars under section 212(a)(9)(B) of the Immigration and Nationality Act before they can return. Typically, these foreign nationals cannot apply for a waiver until after they have appeared for their immigrant visa interview abroad, and a Department of State (DOS) consular officer has determined that they are inadmissible to the United States.

The provisional unlawful presence waiver process allows those individuals who are statutorily eligible for an immigrant visa (immediate relatives, family-sponsored or employment-based immigrants as well as Diversity Visa selectees);  who only need a waiver of inadmissibility for unlawful presence to apply for that waiver in the United States before they depart for their immigrant visa interview.

The expansion of the provisional unlawful presence waiver process does not affect the continued availability of the Form I-601 process: Individuals who do not wish to seek or do not qualify for a provisional unlawful presence waiver can still file Form I-601, Application for Waiver of Grounds of Inadmissibility, after a DOS consular officer determines that they are inadmissible to the United States.

If you have any questions regarding provisional waiver or any other immigration topic,
Please contact LEGiTiGO, today

Posted by LEGiTiGO at 2:30 PM No comments: 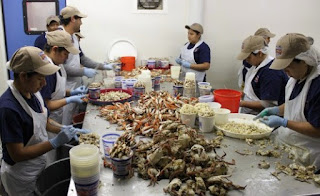 When Foreign-Born Employees Need to Travel or Renew a Visa

What to help your employees with should they prepare for visa renewals, and what possible complications to be aware of.

If your company has employees working for you in the United States on a visa, a time may come when they let you know of plans to visit their home country or a need to renew a visa.

This article will discuss the implications of travel for nonimmigrant employees, and whether to be concerned about the procedures for and risks when getting the visa renewed.

Why Nonimmigrant Employees Might Need Visa Renewal in the First Place

Within the U.S. immigration system, there are two key concepts to understand regarding temporary workers: status and visa. Immigration status refers to the person's time in the U.S. and what activities are permitted there. A visa is a stamp that the U.S. consulate or embassy abroad places in the person's passport to allow the person to apply to enter the United States.

In a common situation for employees, they have entered the U.S. some time ago on a visa that since has expired, though their status remains valid to allow them to remain in the U.S. and continue working. An employee may have a period of stay, i.e. status, for another two years, but a visa that is no longer valid.

It’s entirely permissible for the employee to renew his or her status without leaving the U.S.

However, if an employee’s visa has expired, and the employee needs or wants to travel outside the U.S., then regardless of the fact that his or her status is up to date, the employee needs to get a new visa from the U.S. consulate or embassy in his or her home country during the next trip there. (Again, there’s no hurry to take that trip, provided the person’s “status” hasn’t run out yet.)

That's the easy answer. The more complex answer is that visa processing requires some planning and expectation management. While most persons obtain their visas in a few days, some applications require more time. Here are several things to consider.

Each Embassy and Consulate Follows Its Own Protocols to Some Degree

If you have any questions regarding Visa Renewal or any other Immigration Topic,
Please contact LEGiTiGO, today 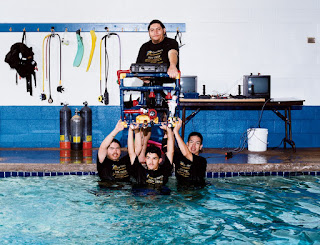 Ten years ago, WIRED contributing editor Joshua Davis wrote a story about four high school students in Phoenix, Arizona—three of them undocumented immigrants from Mexico—beating MIT in an underwater robot competition. That story, La Vida Robot, has a new chapter: Spare Parts, starring George Lopez and Carlos PenaVega, opens in January, and Davis is publishing a book by the same title updating the kids’ story. To mark that occasion, WIRED is republishing his original story.

In 2004, a team of four undocumented high school students from Phoenix did something no one thought was possible. They won first place in a national underwater robotics competition, beating students from some of the nation’s top universities.

Now, their incredible journey is being made into a movie titled “La Vida Robot.” The film, produced by Pantelion Films, will be released in theaters this fall. It stars George Lopez, Jamie Lee Curtis, Marisa Tomei and Carlos Pena.

“I couldn’t believe it,” Vazquez told VOXXI, recalling how he felt when they won. “I just remember being so happy.”

Vazquez, who is currently serving in the Army, was considered the leader of the group dubbed the Falcon Robotics Team. He and the three other students used the $800 they fundraised to build their underwater robot, which they named “Stinky.” Meanwhile, their opponents fundraised thousands to build their robots.

Posted by LEGiTiGO at 3:59 PM No comments: 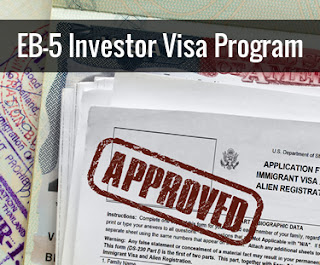 Are You Eligible for a Green Card Through Investment?

There are two different ways to get an EB-5 visa. Most people invest in a “regional center,” which is an organization that runs a business that creates jobs. This is attractive to most investors because they do not have to create their own business, and the required dollar amount of the investment is usually only $500,000, instead of the $1 million that may otherwise be required.

Another concern is that, despite regional centers being a highly sought after way to apply for an EB-5, the program is not a permanent part of U.S. immigration law. It is set to expire April 28, 2017 unless Congress acts to extend it.

You can also get an EB-5 visa through direct investment in your own business. You must invest a minimum of $1 million in creating a new U.S. business or restructuring or expanding one that already exists. The investment amount is lowered to $500,000 if your business is located in certain areas outside big cities or places where unemployment is high.

USCIS will look at where you got the money for your investment, to make sure it was from a lawful source. You’ll need to provide evidence, such as salary, investment, sale of lawfully obtained assets, gift, or inheritance.

The business in which you invest must ultimately employ at least ten full-time workers (not counting independent contractors), produce a service or product, and benefit the U.S. economy. Full-time employment is defined as requiring at least 35 hours of service per week. One advantage of investing in a regional center is that it can count “indirect” jobs created by businesses that service the main business, as shown by economic models.

The investor, his or her spouse, and any children may not be counted among the ten employees. Other family members may be counted, however. The ten workers do not necessarily have to be U.S. citizens, but they must have more than a temporary (nonimmigrant) U.S. visa. Green card holders and any other foreign nationals who have the legal right to indefinitely live and work in the U.S. can all be counted toward the required ten.

If you have any questions regarding EB5-Visa or any other immigration topic,
Please contact LEGiTiGO, today 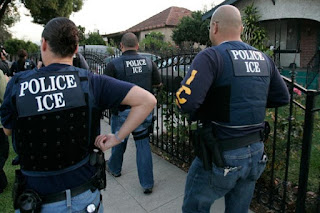 My brother, who is from Brazil, was recently picked up by ICE. He has no papers in this country, and is young and unmarried. We expect he will have to go back to our country, but how quickly will this happen?

The timing depends on many personal factors and choices.

Even if it is true that your brother has no choice but to leave the U.S., how soon this happens depends on a number of factors, such as:

•Whether he has been ordered removed before. If so, the immigration authorities can simply act on that previous order of removal and send him back to Brasil right away.

•How long he has been in the United States. If it is for fewer than two years, he may be subject to “expedited removal,” meaning that he can be deported very quickly without a hearing before an immigration judge. If, on the other hand, he has been in the U.S. for ten or more years, has been of good moral character, and can show that his deportation would cause “exceptional and extremely unusual hardship” to a qualifying relative(s) who is (or are) U.S. citizens or lawful permanent residents, he may qualify for “cancellation of removal” or a green card.

•How far from the U.S. border he was when picked up. If he was within 100 miles, and cannot show that he entered the U.S. more than less than 14 days before the arrest date, he may also be subject to expedited removal, and will not receive a hearing.

•Whether he fears persecution or torture in Brasil. If so, he might avoid the effects of expedited removal, and be able to present a case for asylum, withholding of removal, or Convention Against Torture relief before an immigration judge.

•Whether he would prefer to leave voluntarily, without the hassle of further proceedings. There is more information on this option, which avoids the effects of a removal order, such as a long-term bar to future U.S. immigration.

•Whether he is placed into removal proceedings before an immigration judge. for further analysis of  the likely timing.

As you can see, dealing with deportation proceedings is a highly complex area of immigration law, and getting your brother in contact with an experienced immigration attorney would be well worth your while.

If you have any questions regarding deportations or any other immigration topic,
Please contact LEGiTiGO, today

Posted by LEGiTiGO at 3:46 PM No comments: