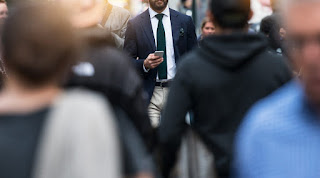 A new report from the National Foundation for American Policy (NFAP) adds to this growing body of research. Specifically, the report finds that immigrants have no negative effect on the unemployment rate or labor force participation rate of native-born Americans.

These outcomes are sometimes lost in the midst of structural changes in the U.S. economy which are brought about by many factors—of which immigration is but one.

For instance, unemployment skyrocketed during the Great Recession of 2007-2009 and bounced back slowly. Meanwhile, labor force participation has been declining for years—a trend that accelerated with the recession and has yet to reverse.
Posted by LEGiTiGO at 7:14 PM No comments:

Email ThisBlogThis!Share to TwitterShare to FacebookShare to Pinterest
Labels: #asesoriamigratoria 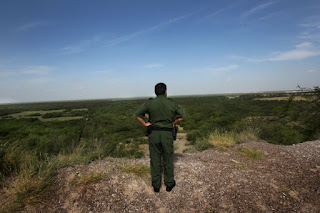 Man removes feds’ spy cam, they demand it back, he refuses and sues

74-year-old rancher and attorney was walking around his ranch just south of Encinal, Texas, when he happened upon a small portable camera strapped approximately eight feet high onto a mesquite tree near his son's home. The camera was encased in green plastic and had a transmitting antenna.

Not knowing what it was or how it got there, Ricardo Palacios removed it.

Soon after, Palacios received phone calls from Customs and Border Protection officials and the Texas Rangers. Each agency claimed the camera as its own and demanded that it be returned. Palacios refused, and they threatened him with arrest.

Palacios, who had run-ins with local CBP agents going back several years, took the camera as the last straw. He was tired of agents routinely trespassing on his land, and, even after complaining several times, he was frustrated that his grievances were not being heard.

As a possible way to ward off the threat of arrest, he sued the two agencies, along with a named CPB agent, Mario Martinez. Palacios accused them of trespass and of violating his constitutional rights.

"My client is 74 years old, he's a lawyer, been practicing for almost 50 years, he has no criminal history whatsoever, law-abiding citizen, respected lawyer and senior citizen," Raul Casso, one of the attorneys representing Palacios, told Ars. "To have put him in jail would have been—forget the indecency of it—what a way to end a career."

This federal lawsuit has raised thorny questions about the limits of the government's power to conduct surveillance—in the name of border security—on private property, without the landowner's permission.

Posted by LEGiTiGO at 7:09 PM No comments: 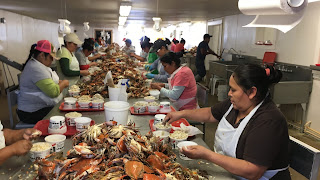 Failure to get H-2B (seasonal worker) visas approved has put Maryland’s seafood industry in jeopardy. Almost half of the Eastern Shore’s crab houses do not have workers they need to pick the meat as the crab season begins. The government’s inability to meet employers’ growing seasonal labor demands will not only have a detrimental impact on Maryland’s economy, but on other states with industries that heavily rely on seasonal workers.

To meet labor shortages, many employers depend on the H-2B visa program, which brings at least 66,000 foreign workers to the country every year to work in non-agricultural seasonal jobs.
Arduous working conditions in many of these industries—such as the crabbing, fishing, landscaping and forestry sectors—have contributed to significant labor shortages.

This year proved to be particularly challenging for many industries that employ seasonal workers. The U.S. Department of Labor (DOL) received an “unprecedented level of employer requests,” for positions which led to delays in processing and issuing certifications. Thus, it was the first time that immigration officials granted these visas by a lottery due to the high demand.

Employers seeking H-2B workers need a temporary labor certification from DOL issued only after they meet certain regulatory requirements, including recruiting for U.S. workers, and USCIS approval of an H-2B visa petition.

The negative effects of these changes were felt particularly by Maryland’s crab businesses. Of the 500 foreign workers that are needed each season through the H-2B visa program, applications for around 200 of those visas were denied in February of this year.

Posted by LEGiTiGO at 3:43 PM No comments: 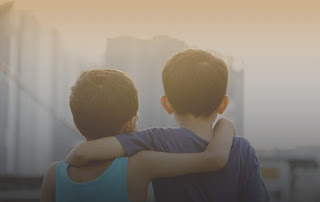 Nearly 60,000 Hondurans learned that they will no longer be able to remain in the United States with Temporary Protected Status (TPS), placing them at risk of deportation when termination takes effect in 18 months. Having lawfully resided in the United States for many years, Honduran TPS holders now face the impossible choice of whether to leave the homes and families they’ve created in the United States only to face an unfamiliar country plagued by pervasive violence.

The Presidential administration has been on a steady crusade against TPS, Honduras being the seventh decision to terminate a country’s designation for TPS (or a related form of relief called Deferred Enforced Departure) in just the past eight months.  Honduras is the last of the large TPS designations to be cut, with El Salvador (195,000 beneficiaries), Haiti (46,000 beneficiaries) and Nepal (8,950 beneficiaries) all being ended since November.

Honduras was originally designated for TPS in 1999 following the devastation wrought by Hurricane Mitch, the second deadliest Atlantic hurricane on record that left millions homeless. Since that time, the Department of Homeland Security (DHS) and the State Department have regularly reviewed country conditions, finding that Honduras continued to meet the conditions for a TPS designation as required by law.
In past decisions to extend TPS, the Secretary of Homeland Security appropriately looked at a range of relevant issues that complicated the Government of Honduras’ ability to recover from the disaster and absorb the return of tens of thousands of its nationals, including: the availability of ample housing; the existence of critical infrastructure; the reliability of power sources; the availability of sufficient food and clean water; the stability of the Honduran economy; and how new environmental disasters have complicated recovery.

Posted by LEGiTiGO at 7:01 PM No comments: