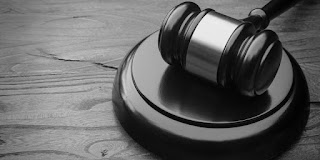 How the Immigration Court Reached a Record One Million Case Backlog

Over the past two years, the Trump administration has taken a series of measures it claimed would slow the growth of the immigration court backlog. The first of these efforts came in 2017 with the creation of a “Strategic Caseload Reduction Plan,” which called for the Executive Office for Immigration Review (EOIR) to “realign the agency towards completing cases.” However, these measures have largely been ineffective and the backlog has grown to unprecedented levels.

The focus on completing cases as rapidly as possible has caused many to argue that the agency is putting speed over justice. Last October, EOIR immigration judges across the country were asked to decide 700 cases a year, with the possibility of professional discipline if they failed to meet the quota.

The president of the National Association of Immigration Judges, Ashley Tabbador, argued that the quota would lead to “assembly line justice.”

Many of the actions taken by the administration to speed up cases have had the opposite effect. In 2018, Attorney General Sessions eliminated a process known as “administrative closure,” where judges could take low-priority cases off of their dockets to focus on the cases which most needed their attention. He also prevented judges from terminating cases in certain circumstances, requiring them to adjudicate the cases instead, which has further added to the backlog.

Posted by LEGiTiGO at 9:13 PM No comments: 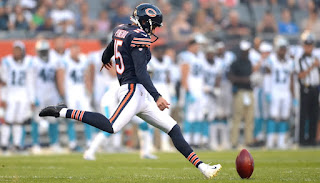 
Piñeiro was born in Miami, Florida, to Cuban and Nicaraguan immigrants. His father, Eddy Sr., came to the United States from Cuba at the age of 9 during the Mariel boatlift of 1980 and later had a professional soccer career with the Fort Lauderdale Strikers of the ASL/APSL.

Piñeiro started off playing soccer like his father; he was a four-time All-Dade County pick in soccer. Despite having grown up only playing soccer, he joined the Miami Sunset Senior High football team in his senior season, handling extra points and kickoffs.

Piñeiro signed with Florida Atlantic on a scholarship to play football, but academic issues prevented him from attending. His dad encouraged him to try on football cleats and pads but with no football scholarship, Piñeiro went on to play soccer for a small junior college, ASA College. In the summer of 2015, Piñeiro went to an open kicking combine at Alabama. Out of hundreds of kickers, Alabama coach Nick Saban narrowed his scholarship offers to Chris Salek and Piñeiro. Piñeiro verbally committed to Alabama, but later tried out for Florida and ultimately that was where he chose to play.

“I’m excited, confident,” Pineiro said. “I’m happy that they chose me to be the guy. I’ve just got to prove them right and show them that I’m the guy and just keep making kicks.”

Posted by LEGiTiGO at 7:11 PM No comments:

Chaos at the border 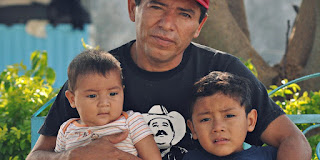 Chaos and Dysfunction at the Border: The Remain in Mexico Program Firsthand

The first thing many people forcibly returned to Mexico tell you is that they’re afraid. Afraid of the cartels, afraid of Mexican immigration officials, and afraid of the months of uncertainty. This is what they’ve faced since the Trump administration sent them back to Mexico as part of the “Remain in Mexico” program—formally called the “Migrant Protection Protocols” (MPP).

Last week, I visited El Paso, Texas and Ciudad Juárez in Mexico to witness the effects of MPP firsthand. What I saw was chaos, dysfunction, and a policy that has removed what little remaining due process protections existed in immigration court.

Under MPP, individuals who cross the border or arrive at ports of entry are given a notice to appear in immigration court and then sent back to Mexico through a port of entry. Only Mexicans, unaccompanied children, and “vulnerable” individuals are excluded from the program. But that hasn’t stopped U.S. Customs and Border Protection from forcing back extremely pregnant women and vulnerable LGBT+ individuals.

In Ciudad Juárez, those subject to MPP are largely waiting in a network of private and publicly operated shelters. Although some lucky few have managed to obtain jobs and alternate housing, most people subject to MPP will spend the next several months confined to small, crowded spaces because they are too afraid to leave the shelter.

Kidnappings, assaults, rapes, and murders are routine in Ciudad Juárez, and most everyone I talked to had either been victimized themselves or knew someone who had been.

Posted by LEGiTiGO at 8:14 PM No comments: 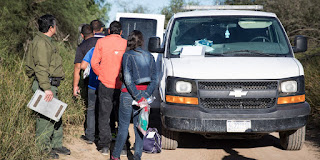 Would-Be Asylum Seekers May Be Transported Back to Danger

Over 2,000 people from Central American who were seeking to live in the United States have reportedly given up and accepted a “free ride” home under a new, controversial program funded by the U.S. government and a United Nations agency.

The “Assisted Voluntary Return” (AVR) program has paid for buses or airfare for 2,170 migrants who were seeking protection in the United States but either never made it to the border or were forced to return to Mexico by the U.S. government. Many were likely asylum seekers.

The 10-month-old program, which is funded by the U.S. State Department, has reportedly cost taxpayers up to $1.65 million.

The AVR program may seem simple enough, but in fact may be violating international law by returning asylum seekers to countries where they could face persecution. This is especially concerning because those who received a “free ride” home likely never received the opportunity to have either the United States or Mexico review their asylum claims.

Those returned under the AVR program reportedly fell into one of two categories, according to Reuters. Some never made it to the U.S.-Mexico border and were apprehended before arriving. The others either entered the United States at the border or between port of entries and were then then sent back to Mexico to await their immigration court hearings.

Posted by LEGiTiGO at 8:31 PM No comments: 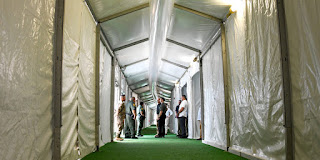 Tent Immigration Courthouses Are Being Built at the Texas Border

Immigration judges from across the country will soon be reassigned from their normal caseload to  preside over thousands of immigration cases along the U.S.-Mexico border, reportedly in an effort to speed up hearings under the controversial “Remain in Mexico” program.

To handle the cases faster, the Trump administration is in the process of building makeshift immigration courthouses out of tents in the border towns of Laredo and Brownsville, Texas.

Immigration judges will conduct these hearings via video teleconferencing from their court rooms, while the individuals will reportedly appear for court in the tents. Contracted assistants will organize the hearings in person by taking roll call, sending case documents to judges, and operating the video systems.

Over 1,000 people may appear at one of these two courts each day. This means that people who fled violence in their home countries and were then forced to wait in cartel-controlled Mexican towns will be allowed to enter the United States—and the tents—for their hearings.

The challenges of using a tent for a courthouse include notoriously spotty video teleconferencing with a judge thousands of miles away, and the likelihood that few people will have access to an attorney to guide them through the process. This makes a person’s chance at receiving asylum protections even slimmer. It’s reported that only 1% of people subject to the Remain in Mexico program have been able to obtain a lawyer.