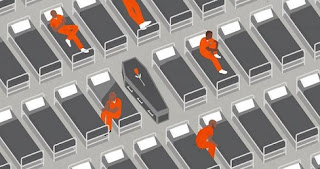 Based on the analysis of independent medical experts, the 72-page report, “Code Red: The Fatal Consequences of Dangerously Substandard Medical Care in Immigration Detention,” examines the 15 “Detainee Death Reviews” ICE released from December 2015 through April 2017. ICE has yet to publish reviews for one other death in that period. Eight of the 15 public

Death reviews show that inadequate medical care contributed or led to the person’s death. The physicians conducting the analysis also found evidence of substandard medical practices in all but one of the remaining reviews.

“ICE has proven unable or unwilling to provide adequately for the health and safety of the people it detains,” said Clara Long, a senior US researcher at Human Rights Watch. “The Trump administration’s efforts to drastically expand the already-bloated immigration detention system will only put more people at risk.”

Posted by LEGiTiGO at 6:22 PM No comments: 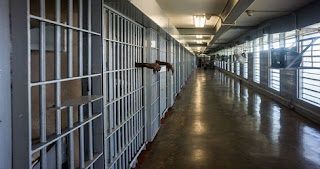 Scrutinizing the Treatment and Conditions Black Immigrants Face in Detention

Immigration and Customs Enforcement (ICE) detains hundreds of thousands of people each year in hundreds of jails and jail-like facilities throughout the United States. Increasingly, individuals in ICE detention are Black or come from majority-Black countries in Africa and the Caribbean.

The complex network ICE uses for detention has a long history of human rights and due process violations, sometimes with tragic and deadly repercussions. In this context, and the broader context of mass incarceration in the United States, Black immigrants face egregious conditions. Yet these concerns too often are missing from the public’s understanding of immigration and immigration detention.

The Council and Black Alliance for Just Immigration (BAJI) are filing requests for information about the conditions, treatment, and outcomes in eight facilities throughout the U.S. South.

Posted by LEGiTiGO at 7:07 PM No comments: