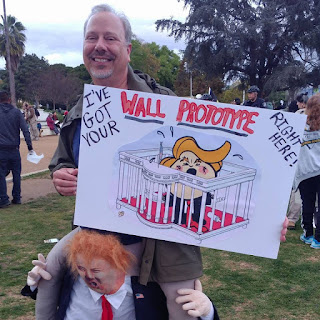 The Invisible Wall That President Trump Has Already Built

Legal immigration and the number of foreigners visiting the United States has taken a serious hit within the last year, as the Trump administration makes changes to policies and procedures without any Congressional action or approval.

These actions have already had a disturbing, cumulative effect as the administration begins to severely limit flows of immigrants and visitors without even beginning construction on a border wall.

While building an actual, physical wall was the hallmark of the Trump campaign, this primarily depends on congressional action and funding—which the administration has so far failed to secure.

However, it has slowly but quite deliberately started to restrict and attack legal immigration causing significant negative impacts on tourists and students choosing to come to the U.S., as well as employment-based, family-based, and humanitarian-based immigration.

These policy changes are detailed in the new report “Deconstructing the Invisible Wall” by the American Immigration Lawyers Association.

The report breaks down the administration’s changes to policy and procedures into six broad categories, covering issues from the travel bans and extreme vetting to the growing immigrant benefits backlog and new hurdles to naturalization for foreign-born soldiers.
As the report notes, the administration has already placed additional scrutiny in a variety of employment-based immigration areas, including:

“…nonimmigrant petitions for skilled workers, managers, executives, and others; a dramatic increase in Requests for Evidence (RFEs); the dismantling of rules to facilitate immigrant entrepreneurship; new interview requirements; and proposals to eliminate work authorization for spouses of certain H-1B workers, among many other changes.”

Posted by LEGiTiGO at 5:25 PM No comments: 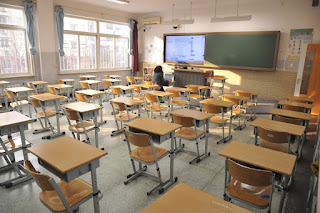 Increasingly, education and childcare professionals report that this harsh approach to immigration enforcement is harming the environment in schools and childcare centers and, more broadly, the communities of students and families they serve. Two recent multi-state surveys add to a growing body of evidence demonstrating how immigration enforcement negatively affects children in the United States.

The first, a national survey of pre-K through high school educators conducted by the Civil Rights Project at UCLA, reveals that immigration enforcement has negatively impacted U.S. schools and classrooms. Of the 5,438 teachers, administrators, and other school staff surveyed between October 2017 and January 2018, 73 percent observed potential impacts of immigration enforcement at their school.

“Fear” and “separation” were the two most common words used when describing students’ immigration concerns, based on about 3,500 responses from personnel in 730 schools in 12 states. Thousands of educators described how their students from immigrant families, the vast majority of whom are U.S.-born, “were terrified that families and friends, and occasionally they themselves, would be picked up by ICE… and that it was, at times, very difficult for students to learn and teachers to teach.”

Posted by LEGiTiGO at 3:57 PM No comments: 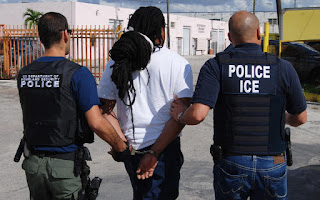 It’s Time to Abolish ICE
A mass-deportation strike force is incompatible with democracy and human rights.

Dan Canon is running for Congress in Indiana’s ninth district this year. A career civil-rights lawyer, Canon filed one of the cases against gay-marriage bans that eventually became the landmark Obergefell v. Hodges, and he proudly wore a Notorious RBG shirt under his suit to the Supreme Court. He is currently representing individuals suing Donald Trump for inciting violence at his rallies.

Canon has also defended clients swept up by Immigration and Customs Enforcement raids, and fought a Kafkaesque deportation system that, at one point, wouldn’t even disclose the location of his client. Now Canon believes ICE should be abolished entirely.

“I don’t think a lot of people have any kind of direct experience with ICE, so they don’t really know what they do or what they’re about. If they did, they’d be appalled,” Canon told me. “ICE as it presently exists is an agency devoted almost solely to cruelly and wantonly breaking up families. The agency talks about, and treats, human beings like they’re animals. They scoop up people in their apartments or their workplaces and take them miles away from their spouses and children.”

The idea of defunding ICE has gained traction among immigrant-rights groups horrified by the speed at which, under President Donald Trump, the agency has ramped up an already brutal deportation process. Mary Small, policy director at Detention Watch Network, said, “Responsible policymakers need to be honest about the fact that the core of the agency is broken.” Her group led the charge to defund ICE with its #DefundHate campaign last year.

Posted by LEGiTiGO at 5:00 PM No comments: 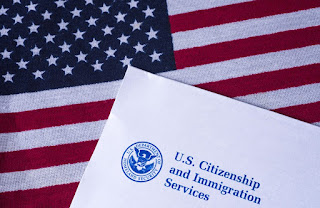 Francis Cissna, Director of the United States Citizenship and Immigration Services (USCIS), unveiled a new mission statement for the agency last week, notably deleting the words “a nation of immigrants” as well as other key principles central to the agency’s work.

Given the sweeping changes underway in the enforcement and adjudication of immigration laws, changing a few words here and there in a mission statement—something that is not mandated by law—may seem trivial. But for USCIS, the prior mission statement was a touchstone of the why and the how, informing both employees and the public of the core values driving the work of the agency. Removing references to a nation of immigrants, the promotion of citizenship, and customer service cuts the heart out of the agency.

The previous mission statement, unveiled as part of its first strategic plan in 2005 under the Bush administration by then USCIS Director Eduardo Aguirre, read:

“USCIS secures America’s promise as a nation of immigrants by providing accurate and useful information to our customers, granting immigration and citizenship benefits, promoting an awareness and understanding of citizenship, and ensuring the integrity of our immigration system.”

“USCIS administers the nation’s lawful immigration system, safeguarding its integrity and promise by efficiently and fairly adjudicating requests for immigration benefits while protecting Americans, securing the homeland, and honoring our values.”

The new version lacks context, as it no longer grounds the agency’s work in the history of our country. There is no vision connecting the past to the present or to the future. There is no mention of the important role USCIS plays in promoting and celebrating citizenship.

There is also a deliberate elimination of the reference to serving “customers,” purportedly to avoid treating immigration adjudications as a mere commodity. Yet USCIS was created in part because of the feeling that applicants were ill-served by the Immigration and Naturalization Service, with abysmal backlogs and a lack of information and transparency. Moreover, it is hard not to think of the petitioners and applicants as customers, since the agency is almost entirely funded by fees paid by these people, who simply want efficient and fair treatment—like most customers everywhere.