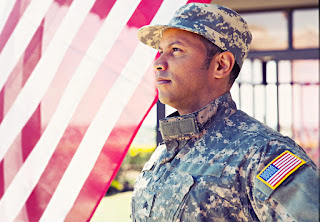 Immigrant soldiers in the U.S. military often use their service as a catalyst to apply for and gain citizenship. Traditionally, U.S. Citizenship and Immigration Services (USCIS) honored that service with a fast-tracked pathway to naturalization—granting soldiers citizenship to a country they already risked their lives for seemed beyond fair.

But that has recently changed. New USCIS data shows that the numbers of immigrant soldiers applying for and earning citizenship have plummeted. In total, military naturalizations have dropped 65 percent since the Trump administration created stricter policies for immigrant service members.

In October 2017, the President Trump directed Defense Secretary Jim Mattis to make policy changes that added additional barriers for non-citizen service members. The new policies reversed the military’s long-standing practice of expediting immigrant soldiers’ citizenship applications, saying it was no longer an option. The policy changes added more background checks and significantly extended the time someone must serve before they can receive the needed paperwork to pursue citizenship.

The ramifications hit immediately—both the number of people approved for citizenship and the number of those even applying dropped.
Posted by LEGiTiGO at 8:39 PM No comments: 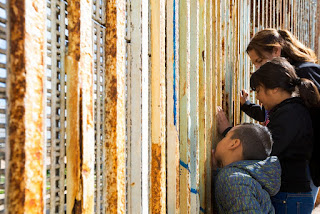 The Department of Homeland Security (DHS) is resuming its controversial “Remain in Mexico” policy. This policy requires asylum-seeking Central American migrants who arrive at our Southern border to return to Mexico to await their immigration court hearings in the United States.

A federal judge in California had previously blocked the policy’s implementation until the court fully considered the legal arguments raised in a lawsuit challenging the policy. However, just last week, the Ninth Circuit Court of Appeals granted the government’s request to resume the practice while the Circuit Court reviews the lower California court’s decision. DHS will continue to return Central
American migrants to Mexico for the foreseeable future as the Circuit Court conducts its review.
Over five thousand migrants have been subject to the policy, known officially as the “Migrant Protection Protocols,” since the U.S. government began the practice in late January 2019.

The continuation of the policy signals the Trump administration’s unprecedented crackdown on asylum seekers and its ongoing disregard for the welfare of some of the most vulnerable individuals caught up in the U.S. immigration system.  Countless reports have surfaced over the past few months of the dangerous conditions in Mexico and the border region in particular.

The Migrant Protection Protocols began with a trickle of migrants at the Tijuana-San Ysidro port of entry just weeks after a 6,000-person migrant caravan arrived in Tijuana. The policy has since expanded to entry-points across the U.S.-Mexico border, notably in El Paso, Texas and Calexico, California. 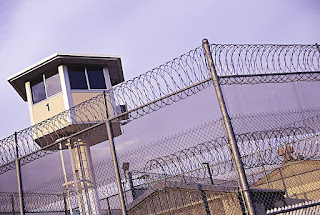 How Florida's SB 168 Will Benefit the Private Prison Industry

The Florida legislature recently passed SB 168 with the stated intent of ensuring that state officials and agencies fully cooperate with federal immigration authorities in enforcing immigration law. SB 168 could have far-reaching consequences in a state where one in five residents is an immigrant.

SB 168 would prohibit any state/local entity or law enforcement agency from implementing “sanctuary” policies that inhibit communication between local officials and federal immigration authorities. It would also punish state agencies that don’t honor immigration detainers or provide access to individuals held in state custody. The bill mandates penalties for state actors that violate its broad terms.

Consequently, SB 168 will expand immigration enforcement throughout Florida. This is in spite of the fact that there have been serious problems relating to ICE enforcement activities in the state.
More immigration enforcement in a state with such a large immigrant population will lead to higher levels of for-profit immigration detention, further increasing the profitability of private detention contractors like the GEO Group, as well as their influence in the crafting of immigration policy.

Posted by LEGiTiGO at 8:37 PM No comments: 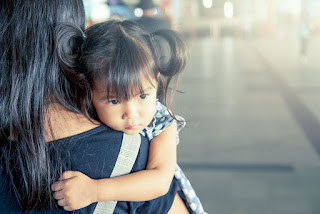 Acting Department of Homeland Security (DHS) Secretary Kevin McAleenan will testify before two congressional committees this week. He is likely to be asked questions about the government’s family separation polices, it’s poorly executed family reunification efforts, and what comes next for the families seeking protection inside the United States.

McAlennan previewed what are sure to be his talking points on the family separation crisis on Sunday’s 60 minutes. He said “I believe you can be tough and compassionate at the same time. I’m gonna do what I’ve always done – give good law enforcement operational, and policy advice to lawmakers and to policy makers.”

However, recently revealed documents obtained under the Freedom of Information Act (FOIA) show that his agency was more concerned about punishing parents and effectively selling it to the public, than compassion or sound policy.

The FOIA documents also reveal bizarre record keeping of family separation protests where a private company that works with DHS compiled a list of over 600 public protests planned in June 2018 – which some feel cross the line into inappropriate monitoring of peaceful public assemblies.
The documents together paint a picture of an agency more worried about advancing their anti-family immigration policies and how they were playing out in public than how they were impacting real people’s lives.

As the White House threatens further punitive responses, Congress should use its time with Acting Secretary McAleenan to challenge these practices and work towards more humane solutions for asylum-seeking families.
Posted by LEGiTiGO at 9:18 PM No comments: