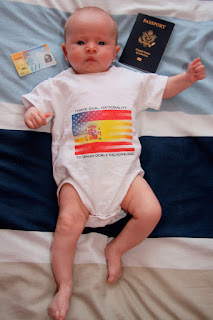 Acquisition of U.S. Citizenship by a Child Born Abroad

A child born abroad to two U.S. citizen parents acquires U.S. citizenship at birth under section 301(c) of the Immigration and Nationality Act (INA) provided that one of the parents had a residence in the United States or one of its outlying possessions prior to the child’s birth. The child is considered to be born in wedlock for the purposes of citizenship acquisition when the genetic and/or gestational parents are legally married to each other at the time of the child’s birth and both parents are the legal parents of the child under local law at the time and place of birth.

Birth Abroad to One Citizen and One Alien Parent in Wedlock:

A person born abroad out-of-wedlock to a U.S. citizen father may acquire U.S. citizenship under Section 301(g) of the INA, as made applicable by the “new” Section 309(a) of the INA provided:

1. A blood relationship between the person and the father is established by
clear and convincing evidence;

2. The father had the nationality of the United States at the time of the person’s birth;

3. The father was physically present in the United States or its outlying
possessions prior to the child’s birth for five years, at least two of which were
after reaching the age of 14.

4. The father (unless deceased) has agreed in writing to provide financial support for
the person until the person reaches the age of 18 years

If you have any questions regarding "Pathway to Citizenship" or any other immigration topic,
Please contact LEGiTiGO, today
Posted by LEGiTiGO at 1:27 PM No comments: 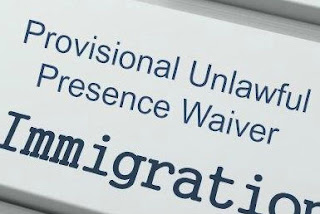 How to obtain a provisional waiver of unlawful presence

On January 2, 2013, the Department of Homeland Security (DHS) released new rules regarding the permanent residence application process which will benefit immediate family members of U.S. citizens. It is not a change in the law, only a change in procedure. DHS officials say the new rules

Why the changes were needed

The law requires that spouses and minor children of U.S. citizens who entered the United States without inspection (undocumented) residing in the United States leave the country to obtain permanent residence (also known as a “green card”). The law imposes certain bars for individuals who leave the United States after residing here for more than six months without legal documentation. The most common is a bar of 10 years for people older than 18 years who have lived undocumented in the United States for more than one year. Immediate relatives of U.S. citizens can request a waiver of these bars if they can show that prolonged separation would cause extreme hardship to U.S. citizen family members. Prior to the implementation of the new rule, the process has usually been long and  immediate relatives have waited outside the country for many months or even a year.

How the waiver application process will work under DHS's new rules

The new process will permit spouses and minor children of U.S. citizens to request the waiver before they leave the country, helping families to avoid prolonged separation. The change will only apply to spouses and minor children of U.S. citizens who can show extreme hardship to U.S. citizen parents or spouses. It will not benefit relatives of lawful permanent residents. It also will not apply to other types of waivers individuals may require to obtain their green cards and reenter the United States.

If you have any questions regarding PUP Waiver or any other immigration topic,
Please contact LEGiTiGO, today
Posted by LEGiTiGO at 4:41 PM No comments: 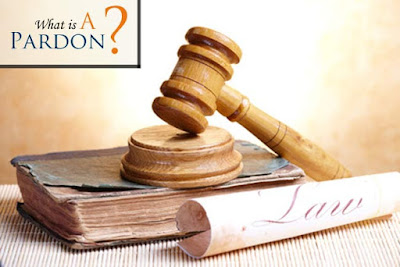 Pardon I-212 to enter the USA after deportation or expulsion

Foreigners deported or expelled from the United States receive a penalty and can not legally enter for a time of punishment, unless they obtain a pardon known as waiver I-212.

When is it NOT necessary to request this pardon?

Not all foreigners who have been expelled or deported from the United States need this pardon as a prior step to apply for a nonimmigrant visa - such as a tourist or temporary job - or an immigrant visa for the green card, So, if you do not need it, do not ask for it, because it would be a waste of time and money.


People in any of the following categories do not need to ask for this pardon:


1. Foreigners who arrived at a United States immigration post and were allowed to
withdraw their application to enter the country.

2. Foreigners who, upon arrival at a US immigration post, were stopped and were
prevented from entering the country but were not subject to an immediate
official expulsion. This is very important because it is necessary to distinguish
when there has been an expulsion and when the foreigner is simply not admitted
and returned to the country of the one who has arrived.
This difference is fundamental.
You have to look at what papers were signed or delivered.

3. Foreigners who were stopped at the border trying to cross illegally but,
for whatever reason, did not receive an immediate expulsion order. It is very
important to know if you received one or not.

4. Foreigners who arrived at a migratory post without a visa to belong to a country of
the Visa Waiver Program and were not allowed to enter. This is important for Chilean
and Spanish tourists and business people.

5. The cases of voluntary departure, when it left the United States within
the expected period. This is a very important exception.

6. U visa applicants for violence victims who are in the United States and
ask for an adjustment of status.

7. And, finally, those expelled or deported from the United States who have
already served the time of the penalty. Therefore, it is essential to know the amount
of years that apply to each case. And it is that for some foreigners the penalty lasts
5 years, for others it is 10 and for others, 20 and, finally, for another group exists
what is known as permanent prohibition (permanent bar).

To know with certainty how long the penalty is and the charges must be consulted in court records and cases of deportation, including the order of the judge and the document that is called Notice to Appear in Removal Procedeedings. In the case of immediate expulsion, it is advisable to have the CBP (Border Patrol) record and Notice of Expedited Removal. In cases where it is dictated by a judge because it is a case of arriving alien, that document is also important.

In other words, it is only necessary to request this pardon if the time of the penalty has not yet passed and you want to apply for a nonimmigrant visa or an immigrant visa to enter the United States.

If you have any questions regarding Immgration Pardons or any other immigration topic,
Please contact LEGiTiGO, today
Posted by LEGiTiGO at 11:29 AM No comments: 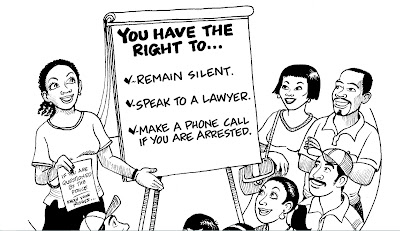 ﻿
If immigration comes to your home ...

You have the right to see a warrant if the Police Department, FBI, Immigration or other government oficial tries to enter your home.

A warrant is a paper signed by a judge giving the officer to enter permission your home.
The warrant will specify the areas that the official has the right to search. 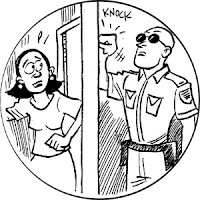 Do not open the door.

Ask the officer to slip the warrant underneath the door. If you open the door and allow the official to come into the house, this may be considered giving him/her “consent” to enter. If s/he enters without a warrant, request the names and badge numbers of the officers and say that you did not “consent” to a search. Also, write down the names, addresses and phone numbers of anyone who witnessed the incident.

If the officer has a warrant, observe whether the official searches any other areas
that are not listed in the warrant.

Get a receipt for any property taken by the oficial.

IF YOU ARE QUESTIONED BY THE POLICE

You have the right to ask the officer if you are being arrested or detained.

2. If the officer says, “YES, you are being arrested or detained”... 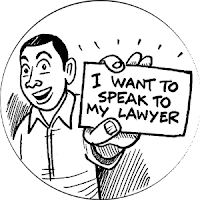 YOU HAVE THE RIGHT TO REMAIN SILENT!

If you are undocumented...

Do not answer any questions or say only “I need to speak to my lawyer.”
If you have a valid immigration status documents, show it. Always carry it with you.

Do not say anything about where you were born or how you entered the United States.

Do not carry papers from another country.
(If you do, the government can use this information in a deportation proceeding).

Show them the Know Your Rights Card.

Above all, do not show any false documents and do not lie!

IF THE POLICE OR IMMIGRATION Stops you on the street or in a
public place :

If the police or an immigration officer stops you on the street and does not have a warrant, s/he may not arrest you unless s/he has evidence that you are a non-citizen.

Remember you have the right to remain silent and to refuse a search.

Do not say anything about your immigration status or where you were born.

Also, do not carry with you any documents from your country of origin or false documents.
If you have valid immigration status documents, show them.

If you are arrested you should...
1. Find out who has arrested you
2. Don’t sign any documents before speaking with a lawyer.
3. Contact your attorney or a family member
4. contact your consulate
5. Ask for bond

If you have any questions regarding know your rights or any other immigration topic,
Please contact LEGiTiGO, today
Posted by LEGiTiGO at 1:52 PM No comments: