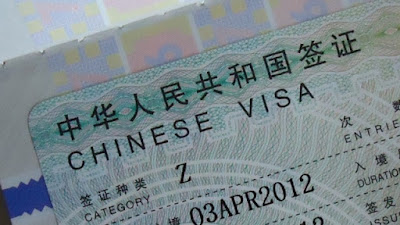 China to begin rolling out 5-year work permits for foreigners, cutting down on the hassle

The good news just keeps rolling in for those hoping to live and work in China without too much hassle.

China's Ministry of Public Security announced a refreshing new pilot program which will allow any foreigner who has been working in China for at least two consecutive years to apply for a five-year work permit.

This is a pretty significant upgrade over the current system in which most expats are forced to reapply for a new work permit each year, even if they are on a multi-year job contract.

The trial program is expected to be rolled out later this year in nine cities and provinces, including Beijing, Wuhan and Hebei province, along with 11 trade free-trade zones, including those in Tianjin, Chongqing and Henan, according to Caixin.

At the same time, the outline of another program has been introduced which will allow foreigners who have resided in China for more than four consecutive years while spending at least six months out of each year inside the country to apply for a permanent residence permit, as long as they meet certain salary and income tax thresholds -- though the details of this plan have not yet been released.

Recently, China has begun introducing more and more new measures aimed at attracting high-level global talent to the country, relaxing residence and entry policies, leading to 1,576 foreigners becoming new permanent residents of China in 2016, up 163% from the previous year.

To go along with this new era of "openness," China announced in January that international graduates with master's degrees from Chinese universities or from "well-known" foreign universities are now eligible for a Z visa immediately after graduation, waiving the previous requirement of two years of postgraduate work experience.

At the same time, China has also been cracking down on less-skilled laowai, introducing a ranking system judging expats based on their "talent" and banning non-native English teachers from teaching in some regions.
Posted by LEGiTiGO at 6:03 PM