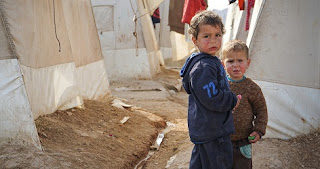 Throughout his presidential campaign and after the election, Joe Biden repeatedly condemned President Trump’s decision to slash the U.S. refugee admissions level to its lowest in history. He  promised to raise the number of refugees admitted to 125,000 a year.

But on April 16, President Biden instead signed a new refugee determination keeping in place Trump’s 15,000 cap on refugees for the rest of the fiscal year, the lowest level in the history of the U.S. refugee resettlement program. This decision was the first major promise on immigration that Biden appeared to break.

Biden did, however, lift several discriminatory restrictions on the refugee program that had blocked many refugees from the Middle East and Africa. And after refugee groups and members of Congress condemned the administration’s decision, the White House seemingly walked back its original announcement, saying that “We expect the President to set a final, increased refugee cap for the remainder of this fiscal year by May 15.”

The U.S. Refugee Resettlement Program, established decades ago, requires the president to sign a “Presidential Determination” each year setting the number of refugees that will be resettled. In President Obama’s last term, that level was set at 110,000 for fiscal year 2017. Trump lowered the level to 50,000 immediately on taking office, then cut the level each year after that. It plummeted to a historic low of 15,000 for fiscal year 2021, which runs from October 1, 2020 to September 30, 2021. In total, just 2,050 refugees have been resettled through the first half of the fiscal year.