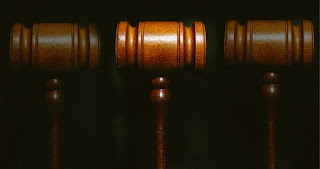 Government Watchdog Finds Hundreds of Parents Separated by Trump Never Given Opportunity to Reunify
The Department of Homeland Security’s Office of Inspector General (DHS OIG) recently found that the Trump administration deported as many as 348 parents that had been separated from their children without ever giving them an opportunity to reunify.
The blistering new report tracks deportations throughout 2017 and 2018 during the prior administration’s Zero Tolerance policy and the pilot project that preceded it. Senior DHS officials testified repeatedly to Congress that every parent received the choice to reunify before deportation—statements that the OIG’s report makes clear were false.
During Zero Tolerance, thousands of families seeking asylum in the United States were separated at the border, with Border Patrol officials at times dragging children from their parents’ arms. Officials then sent parents to be prosecuted. Meanwhile, the children were turned over to the custody of the Office of Resettlement as newly “unaccompanied” minors. After the parent finished any criminal sentence (usually a matter of days), they would be turned over to U.S. Immigration and Customs Enforcement (ICE) for the deportation process – not released or reunified with their children.
The announcement Friday also indicated that one goal of the dedicated docket is to reduce the years-long immigration court backlog. Yet data from 2019, just after another rocket docket for families was used, indicate that rushing through these cases would have virtually no effect on the court backlog.
From 2014 to 2017, the Obama administration ran a similar rocket docket for families, called the “adults with children” docket. Officials at the immigration courts later admitted that the docket “coincided with some of the lowest levels of case completion productivity in [the court’s] history and, thus, did not produce significant results.”
The new Dedicated Docket program could also lead to more families being put in electronic monitoring ATDs who would otherwise be released on their own recognizance, expanding the government’s surveillance of non-detained migrants. Data makes it clear that the majority of asylum seekers appear for court without the need for surveillance or other restrictive ATDs.