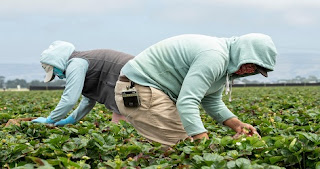 The U.S. House of Representatives passed two immigration bills on March 18, signaling that Congress might finally enact major immigration reform for the first time in over three decades.

These bills—the Dream and Promise Act and the Farm Workforce Modernization Act—both offer pathways to U.S. citizenship for many immigrants with longstanding ties to the United States.

Who Benefits from the Dream and Promise Act?

Millions of immigrants living in the United States may soon be eligible for permanent status, thanks to the passage of the Dream and Promise Act of 2021. The bill passed by a 228-197 vote in the House.

If the legislation also passes in the Senate, it will provide an estimated 4 million Dreamers—young immigrants who came to the U.S. as children—a pathway to American citizenship. This would go further than the Obama administration’s Deferred Action for Childhood Arrivals (DACA) initiative, which only provided temporary protections from deportation and the ability to work lawfully.

Another 400,000 people with Temporary Protected Status (TPS) and Deferred Enforced Departure (DED) would also receive a pathway to citizenship. Countries are designated for TPS or DED due to ongoing armed conflict, natural disaster, or other extraordinary conditions. Most recipients have lived in the U.S. for decades.

What Does the Dream and Promise Act Provide?

The legislation—introduced on March 3 by Representative Lucille Roybal-Allard—would give current, former, and future undocumented high school graduates and GED recipients a pathway to citizenship.

Those who are eligible would need to follow a three-step process to obtain citizenship through college, work, or the armed forces.

After maintaining that status, they can apply for lawful permanent residence (LPR)—also known as a green card—after completing two years of college, two years in the armed services, or three years of employment. Individuals can apply for a “hardship waiver” if they don’t meet any of these requirements but have a disability or work as a full-time caregiver. The applicant may also receive a waiver if an LPR or U.S. citizen-spouse, parent, or child would face extreme hardship if they were deported.