Why Immigration Visa Wait Times Are So Long 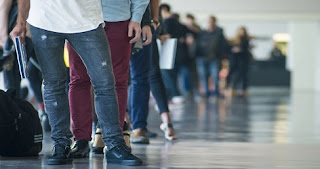 Applying for an immigrant visa to the United States is an all-consuming process. Applicants have to submit paperwork that sometimes spans several years of their lives and make their case in front of immigration officers multiple times. Over the years, the number of applications for immigrant visas has reached record levels. During the Trump administration, we also saw higher denial rates and Requests for Evidence (RFEs) in many categories of immigrant visas. Visa wait times seem to just grow longer.

All of these steps, plus the annual limits in some visa categories, make wait times exceptionally long. During 2020, many applicants for immigrant visas experienced significant delays in their cases due to U.S. immigration offices and embassies’ closures based on COVID-19 protocols.

We know that applying for a U.S. immigrant visa involves “getting in line” with hundreds of thousands of people. But why exactly are visa wait times so long? And what will President Biden do to improve it?

The Immigrant Visa Process, in a Nutshell

Regardless of the category under which you may qualify, the process involves multiple government agencies, including U.S. Citizenship and Immigration Services (USCIS) and the U.S. Department of State (if you’re abroad). USCIS manages most of the immigration process.