A Win for Transparency 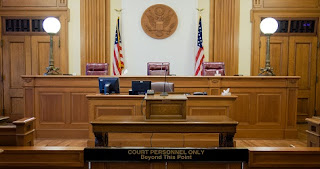 In a Win for Transparency, Court Orders Board of Immigration Appeals to Make Immigration Court Decisions Public

The Second Circuit has found that the Board of Immigration Appeals (BIA) must publish immigration decisions, reversing an earlier federal district court decision.

The case challenged the Department of Justice’s longstanding practice of failing to publish immigration decisions by the BIA—the highest administrative court deciding immigration cases—in any forum that could be easily accessed by the public. The decision in the case, brought by the New York Legal Assistance Group, highlights agencies’ obligations under the Freedom of Information Act (FOIA) to make certain records publicly available without individuals or organizations having to file individual FOIA requests to obtain them.

The provision of FOIA that requires agencies to proactively disclose certain agency records is sometimes called the “reading room provision” because agencies maintain FOIA Reading Rooms on their websites that can be accessed by the public. Documents that must be provided to the public without specific requests include: policies that have been adopted by the agency; agency manuals and instructions to staff; and “final opinions . . . as well as orders, made in the adjudication of cases.”

Under FOIA, documents that fall under the reading room provision cannot be “relied on, used, or cited as precedent by an agency” unless they are publicly available, or the party opposing the agency has “actual and timely notice of the terms thereof.” The fact that the unpublished decisions were cropping up in immigration court and BIA decisions was very problematic.

The Second Circuit reversed a previous ruling, finding courts do have the ability to order the BIA to make documents publicly available, not just available to an individual FOIA requester. In doing so, the court also disagreed with the D.C. Circuit, finding it had wrongly interpreted FOIA to prevent courts from ordering public disclosure.