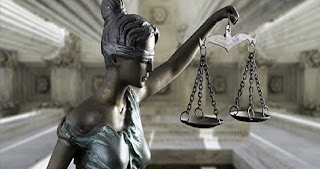 Do most immigrants show up for their immigration court hearings? A new report released by the American Immigration Council reveals that the answer to this question is a clear “Yes.”

As the Biden administration begins its overhaul of the immigration enforcement system, we must ensure that our policies are based on facts. The report makes clear that many of our harsh detention policies relied on flawed data that suggested immigrants “disappear” before court hearings.

The Overwhelming Majority of Immigrants Appear for Their Immigration Court Hearings

The new study—authored by Professor Ingrid Eagly with the UCLA School of Law and Steven Shafer with the Esperanza Immigrant Rights Project—is based on government data of nearly 3,000,000 immigration court hearings spanning more than a decade. The study found that 83% of all nondetained immigrants attended every single one of their court hearings.

15% of those immigrants who did miss a court hearing and were ordered deported were later able to successfully reopen their cases and had their removal orders rescinded. This finding suggests that many of the small number of individuals who fail to appear in court wanted to attend their hearings, but never received a hearing notice or faced some hardship in getting there on time.

The study found that official government statistics significantly overstate the rates at which immigrants are ordered removed for missing court. The government only counts initial decisions by an immigration judge, which are just a subset of all cases.

But when you measure each decision made by a judge as well as pending cases, the picture changes. This complete view reveals that the government’s measurement produces results that suggest immigrants miss court twice as often as they actually do—34% of the time compared to just 17% of the time.