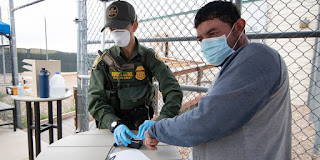 The Administration Unveils Plan to Process Asylum Seekers Subject to

The Trump administration sent over 70,000 people who came to the U.S border seeking asylum back to Mexico to wait for court hearings. This so-called “Migrant Protection Protocols” (“MPP”) program placed people in serious danger and made it nearly impossible for anyone to win protection. Court hearings under MPP were indefinitely suspended in March 2020. This left thousands of people stuck in Mexico in limbo.

One of President Biden’s first actions instructed U.S. Customs and Border Protection (CBP) not to put any new people into the program. Three weeks later, his administration has announced a plan to allow the thousands of people still waiting in Mexico to enter the United States.

Who will be allowed to enter?

Under the Biden administration’s plan, the only people who will be allowed to reenter the United States are the roughly 25,000 individuals who have pending MPP cases.

Importantly, far fewer people are likely still waiting at the U.S.-Mexico border. While exact figures are not available, it is likely that many have already returned to their home countries or left for safer locations in Mexico.